In a deal brokered by Mediapro Asia

“Since our last partnership announcement, we are excited to once again have another partner on board for the SEA Games. With PINACO, this opens up the Vietnamese market for us, and we are hoping that this would be the first of many other collaborations with PINACO,” said Lars Heidenreich, Managing Director Mediapro Asia. 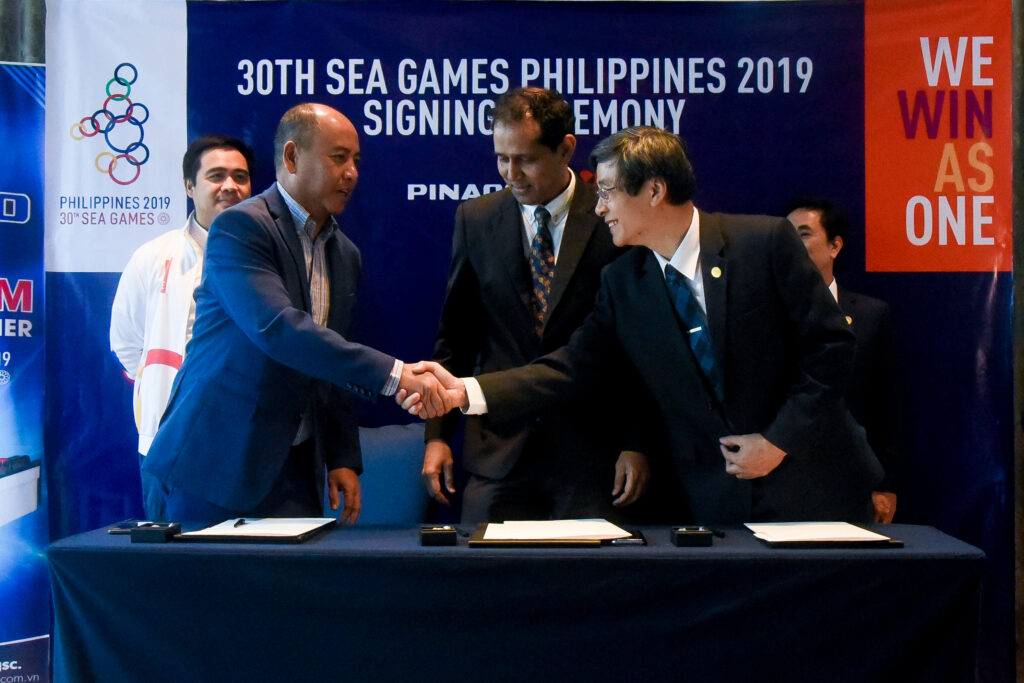 PINACO has been the constant companion of many major regional and international sports events, and will be leveraging on this SEA Games as the opportunity to lead-up into the 2021 SEA Games taking place in Vietnam.

“It is such a great honour and pride for PINACO to be one of the official Platinum Partners of this event in the hopes of contributing to the success of the Games, especially given that the 30th SEA Games is the largest sports event in the region,” said Tran Thanh Van, General Director of PINACO.

PHISGOC Chair and House Speaker Alan Peter Cayetano said the partnership with PINACO adds to the growing list of private companies expressing their support for the Philippines hosting.

For the past year, PHISGOC has been successful in tapping private companies to sponsor the events and augment the organizing committee’s budget.

“The overwhelming support of international brands boosts our efforts to facilitate our preparations and inspire us to work even harder every day,” Cayetano said.

The entry of PINACO, represented by its General Director, Tran Thanh Van, helps our organizing committee to raise its standards of hosting the 30th South East Asian Games.

In simple signing ceremonies held in Taguig on Thursday, Cayetano thanked PINACO for the opportunity to partner with PHISGOC for the successful hosting of this year’s SEA games.

Given that 2019’s SEA Games is being promised as one of the biggest ever, with 56 sports, 8750 athletes and team officials; and targeting more than 500 million viewers, this would look to be a valuable sponsorship in exposures.

PHISGOC officials expressed their gratitude for giving their trust and confidence to the organizing committee.

For this year’s SEA games, PHISGOC is expecting the participation of 11,000 athletes and team officials, 9,000 volunteers, 530 medal events covering 56 sports in 53 competition venues for the 30th edition of the games, which will happen in 12 exciting days. The events will take place in 4 clusters in Clark, Subic, Metro Manila and other areas in South Luzon.