On a Time Capsule to the Moon

TORONTO, ONTARIO (April 19, 2021) – The works of nine major Philippine creative artists are on a time capsule headed for the Moon later this year. Part of the Lunar Codex project headed by Philippine-Canadian physicist and author Dr. Samuel Peralta, the time capsule, which holds the work of over 1500 artists from all over the world, is joining NASA’s payloads in the first phase of its Artemis program to land the first astronauts on the Moon in 50 years.

Aside from Dr. Peralta’s own books, Philippine works included in the Lunar Codex include art by grandmasters Rosario Bitanga and Mauro Malang Santos, work by celebrated contemporary artists Gromyko Semper and Hari Lualhati, poetry by Ivy Alvarez and Eugenia Leigh, plays and other works by Palanca Hall of Famer Dr. Jesus T. Peralta, and a musical composition by Samuel and Francis Paul B. Peralta celebrating the 400th Anniversary of the Colegio de San Juan de Letran. The time capsule also includes work from other members of Dr. S. Peralta’s family.

“Our hope is that future travelers who find this capsule will discover some of the richness of our world today,” Dr. Peralta said. “It speaks to the idea that, despite wars and pandemics and climate upheaval, humankind found time to dream, time to create art.”

Two launches are carrying the complete Lunar Codex – a SpaceX + Intuitive Machines launch scheduled in November 2021, and a United Launch Alliance + Astrobotic launch scheduled for December 2021. These launches, the first commercial missions in history, carry NASA scientific instruments in preparation for a later human landing as well as commercial cargo like the Lunar Codex.

Mr. Semper, whose Tristan and Isolde is one of the works chosen for the time capsule, noted “With the pandemic, creating art while stuck in my home studio has become the new normal. It came as a surprise when I received word from my friend Steven Daluz, that my work curated in Poets Artists 100 Greatest Drawings, would be included in a time capsule to the Moon!”

He added: “To be included among the company of artists to be preserved with hopes that in the future some traveler might know what sort of art and culture we have, that news really warmed my heart!”

Philippine Artists and Authors in the Time Capsule

The works of major Philippine artists and authors represented in the time capsule are a tribute to the high watermarks reached by Philippine contemporary culture. 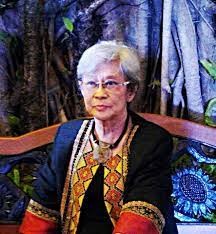 Rosario Bitanga is the Philippines’ first and foremost woman abstract artist, with major works in painting, sculpture, and printmaking. Her works range from miniature expressionistic landscapes, still life works, to mural-sized abstracts depicting arrested motion in a form of Futurism. Her sculptures consist of metal and terracotta pieces. Her works are in museums and prominent public and private collections in the Philippines, Malaysia, Japan, Australia, Vatican City, Italy, Canada and the United States. She has been Dean of the Institute of Fine Arts and Design of the Philippine Women’s University, and Consultant in Sculpture at the School of Fine Arts, University of Santo Tomas. She has served on the Board of Directors of the Art Association of the Philippines, the Visual Arts Cooperative of the Philippines, and the Christian Art Society of the Philippines. She has been recognized with numerous awards including being nominated as a National Artist. 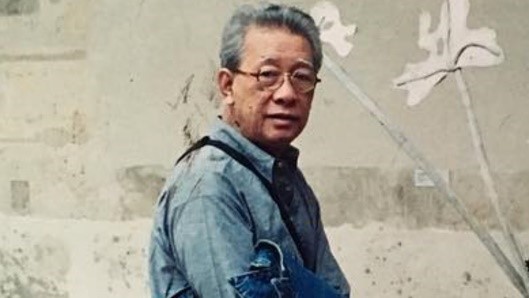 Mauro Malang Santos (1928-2017), known as Malang, was an award-winning illustrator and celebrated fine arts painter. At the start of his career, he pioneered the country’s first English-language daily comic strip, Kosme, co-founded The Bughouse, a gallery specializing in cartoons, and was the driving force behind Art for the Masses, a project that brought printmaking to a large number of artwork enthusiasts at affordable prices. As his career evolved, he was celebrated as a cubist master of gouache and other fine arts media, with themes of women and landscapes. He won numerous awards, including from the Art Association of the Philippines, as the Ten Outstanding Young Men of the Philippines, and the Patnubay ng Sining at Kalinangan award. 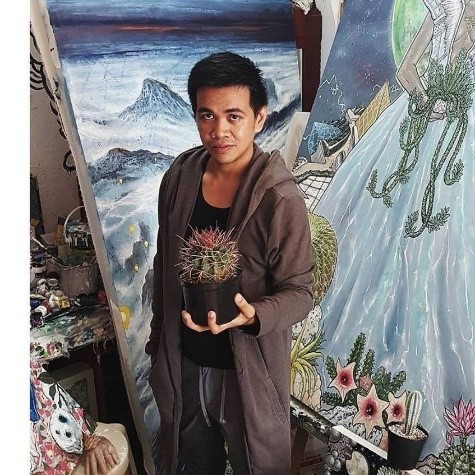 Gromyko Semper is an artist based in Cabanatuan City, Philippines. Largely self-taught, his work has been exhibited in France, Spain, Germany, Poland, Austria, Mexico, the United States, Singapore, Denmark, Portugal and the United Kingdom. Semper’s drawings and paintings are executed to imitate woodcut prints, embody a personal, invented mythology. His works have been published in various books, magazines and compedium worldwide. He currently resides in his hometown Cabanatuan along with wife Mina and son Zyrus, surrounded in his studio by his collection of rare succulent species. 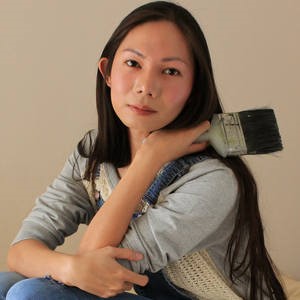 Hari Lualhati is a painter, Illustrator, graphic artist, and designer born in Philippines with a Degree in Fine Arts in University of the Philippines, Diliman. Lualhati has worked in Manila, Hong Kong, Shenzhen China, and South Africa and she is now based in South Africa. She has received numerous awards from international competitions such as the ARC Staff Award 2016, the Arte Dinamica Grifio Art Prize 2016, the American Art Award 2014, to name a few. She has also been featured in numerous international magazines and newspapers and been on the cover of international art magazines such as Art Manager, INSIGHT Magazine, and Close to Art Magazine. 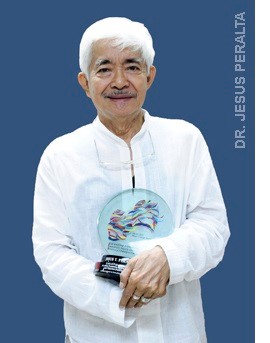 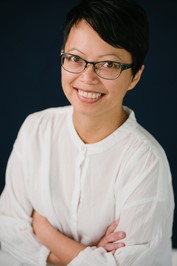 Ivy Alvarez is a writer of Philippine heritage currently based in New Zealand. She has authored numerous poetry collections, as well the verse novel Disturbance. As a MacDowell Colony Fellow, a Hawthornden Fellow, and a four-time Pushcart Prize nominee for poetry and once for fiction, both Literature Wales and the Australia Council for the Arts awarded her grants towards the writing of Disturbance. Her poems have been translated into Russian, Spanish, Japanese and Korean. Adapted from Ivy Alvarez’s work, Disturbance the Musical premiered in 2019 in Tokyo, Japan. She is the editor for the New Zealand Poetry Society’s magazine, a fine line. 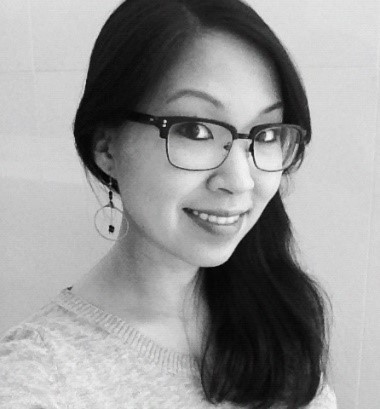 Eugenia Leigh is a writer of Philippine heritage working in the U.S. She is the author of a full-length collection of poetry, Blood, Sparrows and Sparrows, which was a finalist for both the National Poetry Series and the Yale Series of Younger Poets. Her writing has appeared in numerous publications including PANK Magazine, North American Review, The Collagist, and the Best New Poets 2010 anthology. She is the recipient of fellowships and awards from Poets & Writers Magazine, Kundiman, Rattle, and elsewhere, and she previously served as the Poetry Editor for Kartika Review and for Hyphen, a news/culture magazine that celebrates the Asian American diaspora. 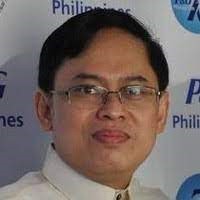 Francis Paul B. Peralta is a professional audio producer and multi-instrumentalist, developing, recording, engineering, mixing and mastering projects in the audiovisual industry. He is acclaimed for his Notes on the Audio Transcription of Mamayog: The Music of Samaon Sulaiman, which formalized and transcribed music from the Gawad sa Manlilikha ng Bayan and master kutyapi player, preserving the vanishing traditional music of the Philippine two-stringed plucked lute, a key cultural heritage of the Philippines. He was also awarded for his musical composition of the 400th Anniversary Hymn of the Colegio de San Juan de Letran.

The selected works of the Philippine artists, as well as the 1500 other artists in the Lunar Codex, are archived on a shielded memory cards and on laser-etched thin sheets of nickel, which are able to preserve the works for future generations. They will be contained in pods on the lunar vehicles and deposited on the Moon on landing. The Lunar Codex is among the most diverse collections of contemporary cultural work assembled for launch into space and is believed to be the first-ever project to include the work of women artists on the Moon.

Mr. Semper said, “Dr. Peralta’s efforts to preserve works by artists from all over the world is a great achievement. Now when I see the Moon, it will hold new meaning, knowing that my work along with others is there, etched in memory and history, acknowledging the power of art to lift humanity’s spirit high, ad astra.”

ABOUT THE LUNAR CODEX

The Lunar Codex brings together the work of 1500+ creative artists, and one A.I., on a time capsule to the Moon, via NASA’s Commercial Lunar Payload Services (CLPS) partners. Digitizing thousands of artworks, poems, stories, and more, it leverages payload-as-a-service initiatives to bring one of the most expansive cultural collections to space. A project of Incandence under its Artists on the Moon initiative, The Lunar Codex is headed by payload coordinator and curator Dr. Samuel Peralta. 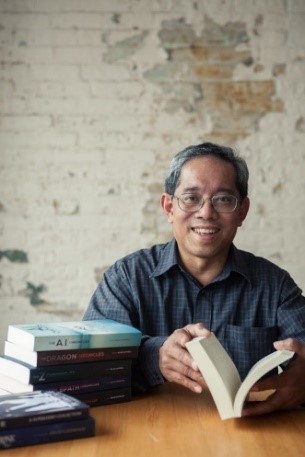 Physicist and storyteller, Samuel Peralta’s fiction has hit the Wall Street Journal and USA Today bestseller lists, and his poetry has won awards worldwide, including from the BBC, the UK Poetry Society, and the League of Canadian Poets. ​Acclaimed for his Future Chronicles anthologies, he is an art curator, an award-winning composer, and a producer of independent films, including The Fencer, nominated for a Golden Globe®, and Real Artists, winner of an Emmy® Award. With a Ph.D. in physics and an expansive career, Samuel serves on the board of directors of several firms, and mentors start-ups at the University of Toronto’s ICUBE accelerator. 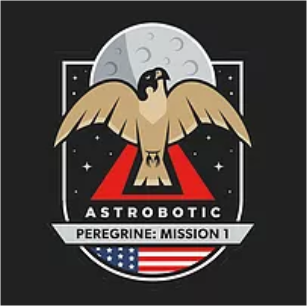 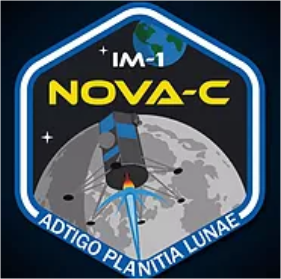