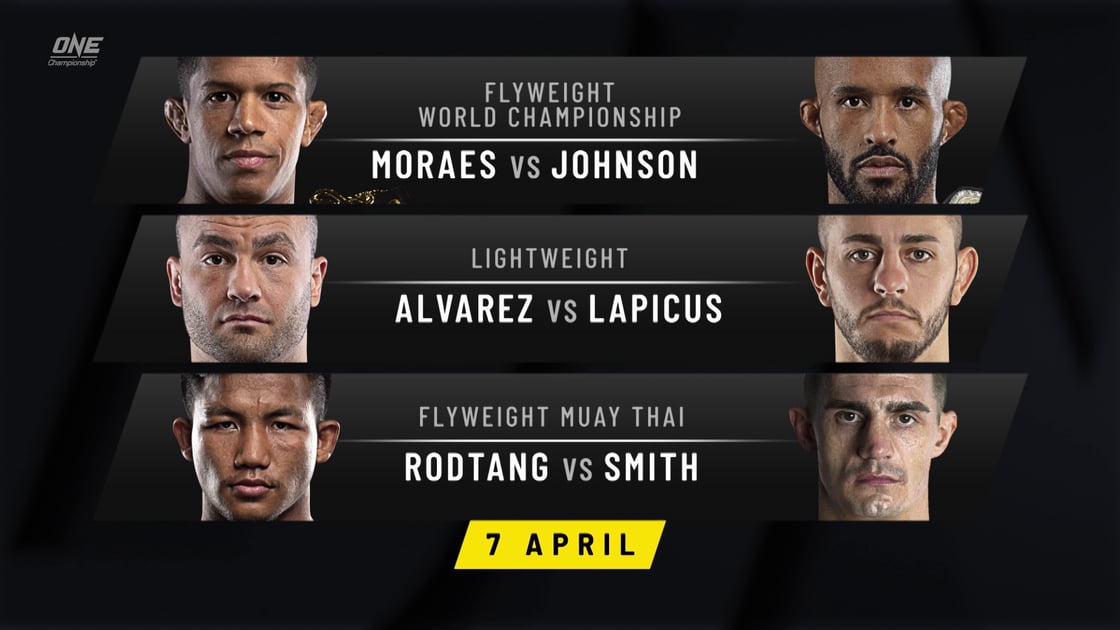 22 January 2021 – Singapore: The largest global sports media property in Asian history, ONE Championship™ (ONE), today announced its return to United States prime time on Wednesday, April 7, with a blockbuster card available to fans on TNT.

In addition, Johnson, Alvarez, and ONE Chairman and CEO Chatri Sityodtong will be participating in a live Global Media Video Conference Call on Wednesday, January 27 at 12 p.m. ET, with more news to be announced on that day.

You can RSVP for this virtual media conference here: https://forms.gle/X4J24apkAkQen8ms6

About ONE Championship™
ONE Championship (ONE) is the largest global sports media property in Asian history. Headquartered in Singapore, ONE is the world’s largest martial arts organization, hosting bouts across all styles of martial arts such as mixed martial arts, Muay Thai, kickboxing, and more. ONE hosts the biggest sports entertainment events across Asia, featuring some of the world’s best martial artists and World Champions on the largest global media broadcast in Asia. In addition to its digital platforms, ONE Championship broadcasts across 150+ countries with some of the largest global free-to-air and digital broadcasters, including Star Sports, Tencent, TV5, Astro, ClaroSports, Startimes, Fox Sports, Thairath TV, Turner Sports, Skynet, Mediacorp, Great Sports, Mediaset Italia, ProSiebenSat.1, Dubai Sports, and more.