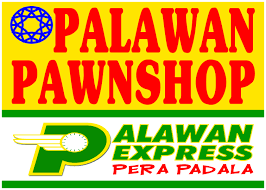 From a single pawn brokering shop in Palawan in 1985 to the fastest growing and leading pawnshop and money remittance network in the Philippines, Palawan Express Pera Padala strongly identifies with the UP Fighting Maroons.

For more than three decades, UP’s performance in the University Athletic Association of the Philippines (UAAP) has been sub-par, with only one basketball championship to boast of in the post-war era. For many years, there were winless seasons, empty galleries, less than spartan team funds. 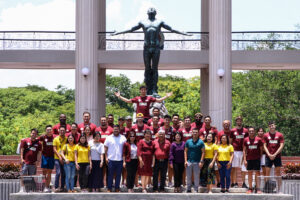 But last year, the University of the Philippines defied expectations by carving a storybook finish in the premiere collegiate league. There were no more tears shed from three different seasons of dismal 0-14 win-loss records. No more lack of team supporters. Against all odds, including a doubtful 1-3 start, the Maroons finally found a way to start winning. They suddenly barged into the semi final round of UAAP Season 81 with hard work, big hearts and a little bit of luck. In fact, the Maroons surprised even themselves when they eliminated twice-to-beat Adamson University from finals contention. And found themselves in the UAAP Finals for the first time in 32 years, against the mighty Ateneo Blue Eagles in the most surprising Finals scenario in ages.

Viewing parties at different campuses were hosted. The UP community rallied behind their soldiers on-court, win or lose. UP fandom grew to phenomenal numbers and the once lowly UP Fighting Maroons became the Cinderella team of Season 81, the darlings of the crowd.

Logistical support for the UP Fighting Maroons reached an unprecedented height in Season 81. The Maroons’ performance in the UAAP seemed to be a Thank You from the team to its partners and supporters for their faith and unconditional love. 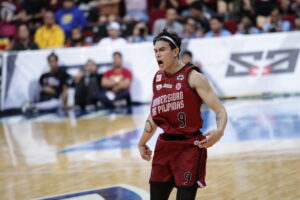 In Season 82 even more support came in. Palawan Express Pera Padala (PEPP) came on board as a platinum sponsor to provide not only financial support to the UPMBT, but more importantly to give back to the University, recognizing that helping the UPMBT brings together the UP Community. The founders of PEPP Bobby and Angelita Castro have deep roots in UP and all of their five children are UP alumni. To the family who are certified UPMBT fans, this is more than a sponsorship. This is becoming a part in UP’s quest for the championship.

Alumni and ardent supporters of the UP Men’s Basketball Team all over to the Philippines and around the world could use the PEPP platform to send in donations to the UPMBT through its local and international remittance transactions. For alumni based abroad, PEPP has partnered with 50 international money transfer companies (IMTC) to enable it to payout the money remittance transactions based on IMTC’s instructions. An instant rebate of Php5 is given to the beneficiary when an international remittance is claimed at PEPP. 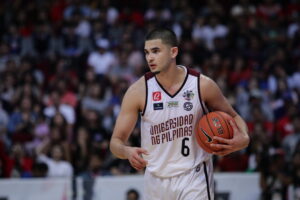 UP Fighting Maroon Season 82 team captain Noah Webb said, “We would like to thank our sponsors like Palawan Express Pera Padala and the entire UP community. You guys don’t know how much we appreciate each and everyone of you and your presence at the games. I know what it’s like to see the stands empty and I’m extremely grateful that now they are always full. Thank you for your help in and out of the games. We are grateful for your support.”

The UP Fighting Maroons and Palawan Express Pera Padala officially inked their partnership before the start of Season 82.