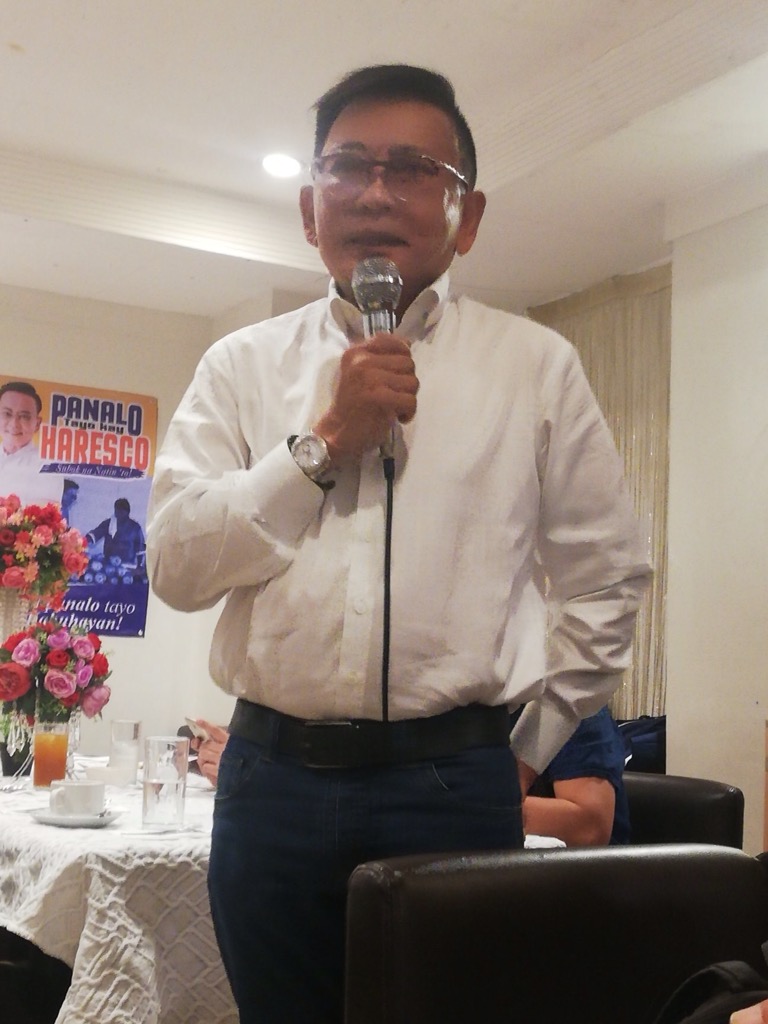 Aklan Representative Teodorico “Nonong” T Haresco, Jr, reaffirms his commitment to save and protect Boracay from environmental destruction and economic exploitation by stressing the FOUR POINT agenda he has committed to accomplish during his term, namely:

As a staunch supporter of the infrastructural change, Congressman Haresco vows never to unduly burden the island paradise with giant buildings nor endanger it with the construction of the Caticlan Bridge, but by seeking to improve its long overdue underground sewer system.

He promises to continually improve Boracay’s underground sewerage system to prevent waste from the commercial establishments, hotels, and structures around the white sand beach from being siphoned off to sea, thereby preventing water pollution and the spread of dirt and disease to keep visitors safe.

Intertwined with Boracay’s infrastructure development is the promotion of sustainable livelihood among its residents.Congressman Haresco plans to do this by further developing the agricultural school they have established on the island.

By encouraging the youth to learn and the women to engage in sustainable, organic farming technology and methodology, the island would soon become a self-sustaining, self-reliant producer of world-class organic goods not only for consumption but for profit.

Closely linked to furthering education on the island, Congressman Haresco reaffirms, too, his promise not only to give local scholarships to agricultural students and residents, but also to open up scholarships to underprivileged but deserving people, so that they could study in the best universities.

He encourages residents from nearby provinces, and even enterprising individuals from the National Capital Region, to avail of these scholarships up to the post-graduate level, as long as they promise to register in Boracay where they can establish and grow their businesses to further the local economy.

Wrapping up his four-fold plan, Congressman Haresco, vows to make health care services as affordable and as accessible as possible through free public health care in hospitals and health centers to ensure that residents and visitors alike remain healthy and productive.

With this FOUR-POINT AGENDA, Congressman Haresco vows to keep Boracay safe, ecological sound, economically sustainable, and globally at par with the best beach destinations in the world!