Responsible Traffic Enforcer.. Good Job!!! These traffic enforcers that even on a super intensity of the heat of the day and even heavy rains still do their job for the little salary that they got, yet other drivers used to scold them due to a messy traffic encountered every day. The two responsible traffic enforcers are Roger Go and Jenriel Cheng was headed by Mr Jesan Idquila – Sector Commander of Barangay Muzon and Roberto “ Bobby” P. Esquivel – Executive Assistant IV Head Of CTM-SCOG of The Rising City Of San Jose Del Monte Bulacan and under the local government of Mayor Arthur B. Robes, Vice Mayor Efren Bartolome Jr. and Congresswoman Florida “Rida” P. Robes. Keep up your good work!

How far do you go with your work? Do you innovate? are you productive? even if you are like him, you can be awarded for your dedication… 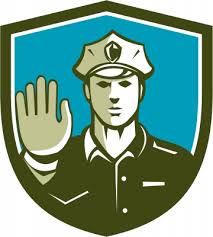