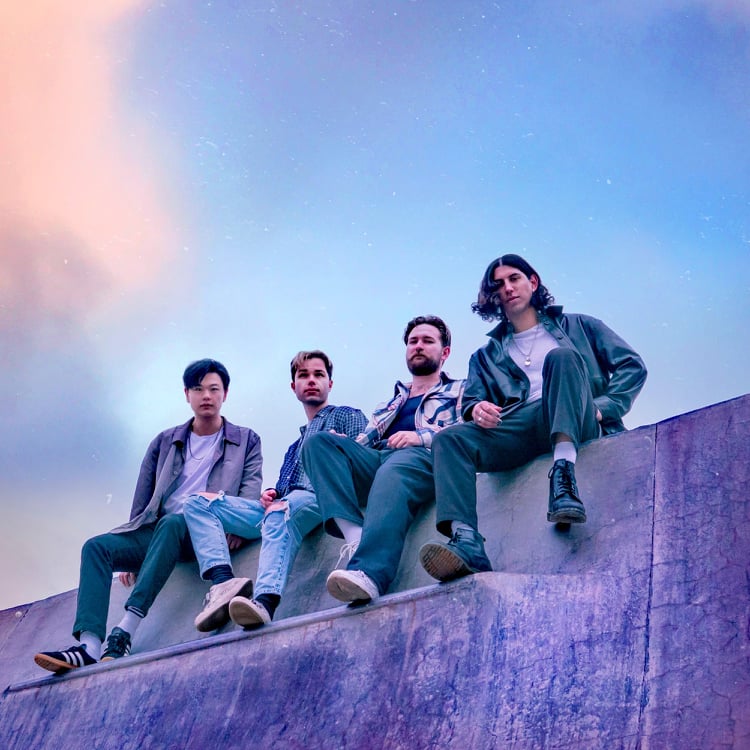 JOE & THE ANCHOR RELEASES POWERFUL PIANO BALLAD ‘LEAVING YOU NOW’ Indie-pop band Joe & The Anchor release new piano ballad ‘Leaving You Now’ – an emotional break-up song about experiencing first love, to grow apart and realizing there is nothing left in the relationship worth fighting for. 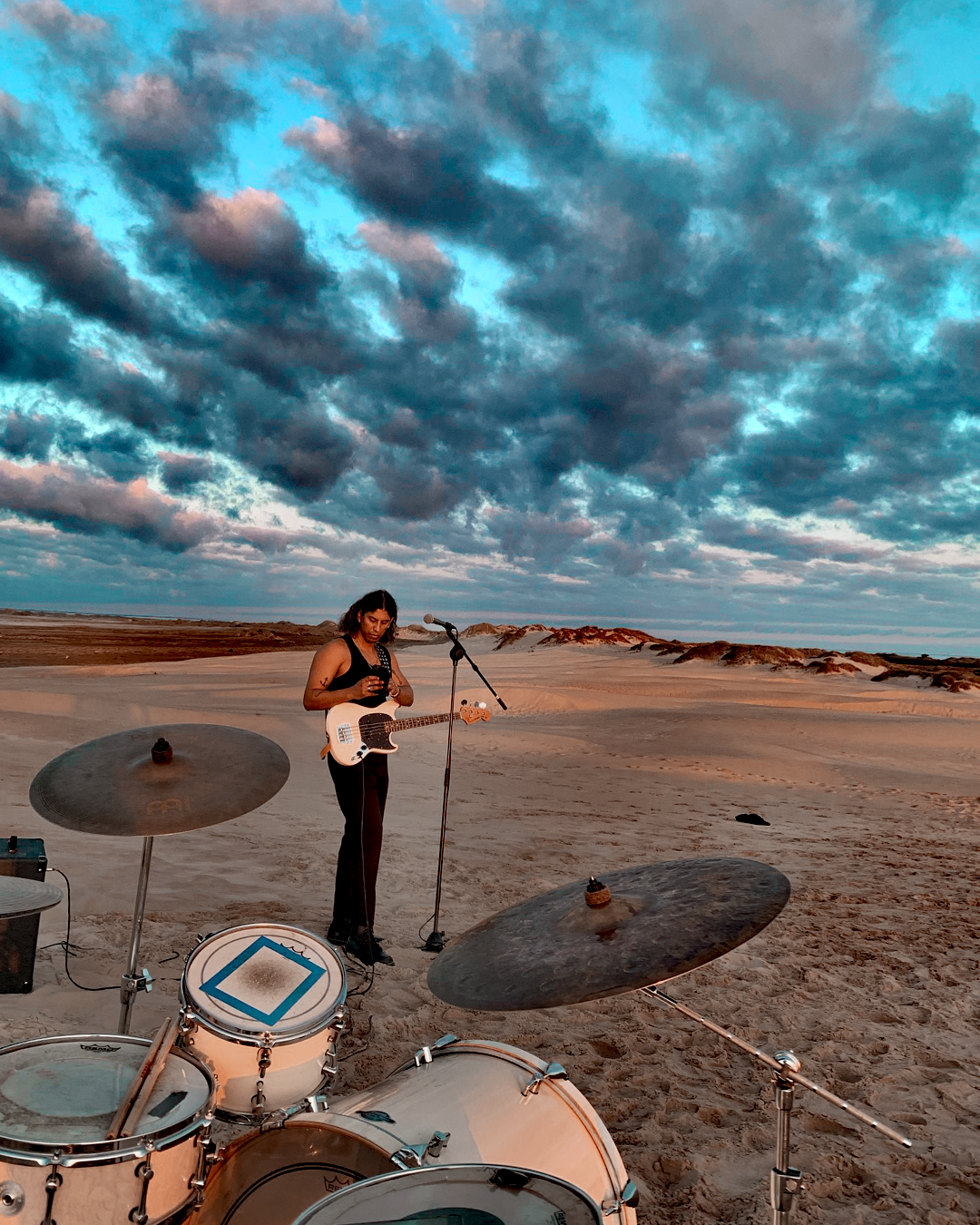 The singer Joakim’s powerful yet emotional voice goes straight to the heart. Listen here “Leaving You Now has been with us for a long time. We’ve all been in that situation, when the first real love of your life turns into your first heartbreak. We tried to really capture that feeling when we wrote this song”

– JATA about the song. The single is the second one from their upcoming album ‘Coming of Age’ which explores the feelings of growing up, the fragility of life, love, and taking things for granted. Following a difficult few month when the band members had to experience the harsh reality of loss, Joe & The Anchor decided to process the events through music. During a hectic and focused period of time, the band wrote and recorded what would later develop into a full-length album, which will be released during the spring of 2022.

Why Am I, Still Caving In Why Can’t I, Get Rid Of It, Our Long Nights I’m Thinking About You, Maybe If, I Didn’t Know, Just How Much It Hurts To Go, I Could Have Put This Behind Me Chorus: Cause Baby I Don’t Know What To Say, Cause I Know I’m Losing Any Way, But I’m Just So Tired Of, This Enemy Inside, So Darling,

I’m Leaving You Now V2: Why Am I, Back Here Again Why Can’t I, Just Let Her In, My Long Nights Without You Beside Me, Oh No Why Can’t I, Make Up My Mind, Always Leaving You Behind, Still I Keep Thinking About You Chorus: Cause Baby I Don’t Know What To Say,

I’m Leaving You Now For inquiries please contact joeandtheanchor.ph@gmail.com ABOUT JOE & THE ANCHOR: Joe & The Anchor is formed by childhood friends JOAKIM ROSENLUND, ROBIN ZHANG, VIKTOR EDSJÖ, RUBEN SONESSON from Malmö, Sweden. With their own sound and a distinct image, they produce modern, guitar-driven indie pop which resembles a mixture of LANY and The 1975 with inspiration from the timelessness of greats such as Fleetwood Mac and Del Amitri. Everything they produce – music, videos, graphic designs etc.

– they do independently and together as a band. Earlier this year they released their EP ‘Blue’ which was a huge milestone for the band. It helped them gain their incredibly supportive fan base called ‘Sailors’ and recognition abroad.

The EP got plays from one of Philippines largest radio station “Wish 107.5” and the track‘ Wait On Me’ debuted #3 on the US based internet radio show “Pop Smash” Radios weekly top 10 with 892K votes (it was on the top 10 for 6 weeks).

The incredibly high votes show how engaged and supportive their fan base ‘Sailors’ is! The band also played Sweden’s largest digital festival ‘Låt Live Leva’ as well as for TEDx (watch snippets of both performances here). 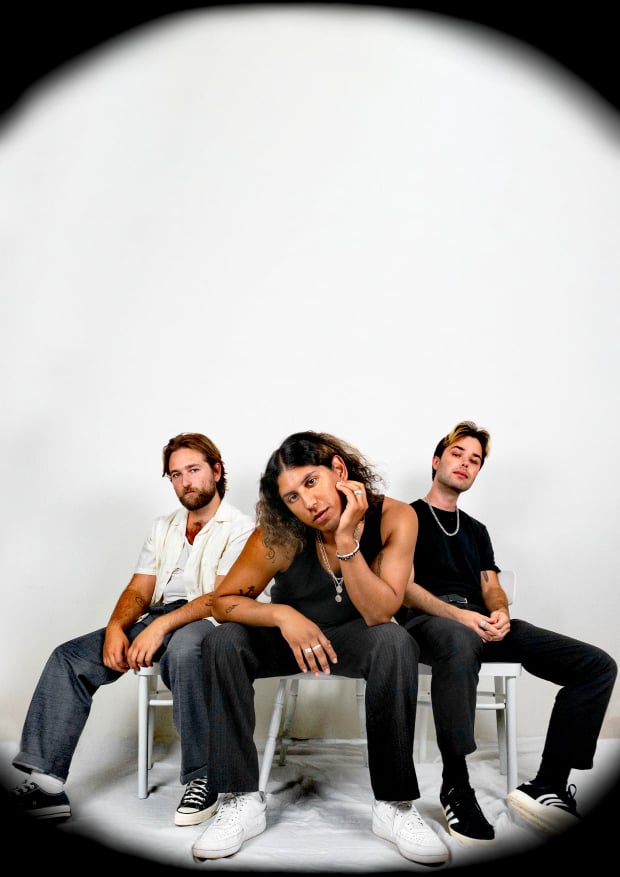 ** Many have asked about Robin, so we thought it would be appropriate to give you an update. Robin is currently focusing a lot of his time on his education and didn’t feel he could put as much time and effort into the band as before. So, he couldn’t attend on our photoshoots, meet and greets and music videos but he’s very much still in the band and especially looking forward to going on tour with us .

“It’s an amazing soundscape that is sure to hook you and fill you with intoxicating and mesmerizing feels that will serve to push you forward into the unknown”.

– Wolf in a suite “The stirring vocals remind us of Sam Smith at times, making us yearn for more as we listen… the addictive beat sucks us in as we sing along with the poignant lyrics.

The new track is powerful, heartfelt, and gives us all the feels!” – Gas Mask Magazine “ The EP’s strongest track is without a doubt Blue, which I would like to say is just a pure feeling of joy…” -Nöjesguiden “(…) remember the name of this talented band, to watch very closely.”

– The independent spirit “A hedonistic mix of early 90s synths, americana melodies and indie songwriting pivots Joe & The Anchor at a metaphorical and