ONE CHAMPIONSHIP KICKS OFF ONE: KINGDOM OF HEROES WITH BLOCKBUSTER PRESS CONFERENCE IN BANGKOK
WBC SUPER FLYWEIGHT WORLD CHAMPION SRISAKET SOR RUNGVISAI MAKES DEBUT IN ONE CHAMPIONSHIP
9 July 2018 – Bangkok, Thailand: The largest global sports media property in Asian history, ONE Championship™ (ONE), held a kick-off press conference on Monday, 9 July at the W Hotel in Bangkok, Thailand to formally announce ONE: KINGDOM OF HEROES, which is set to take place at the Impact Arena on 6 October. 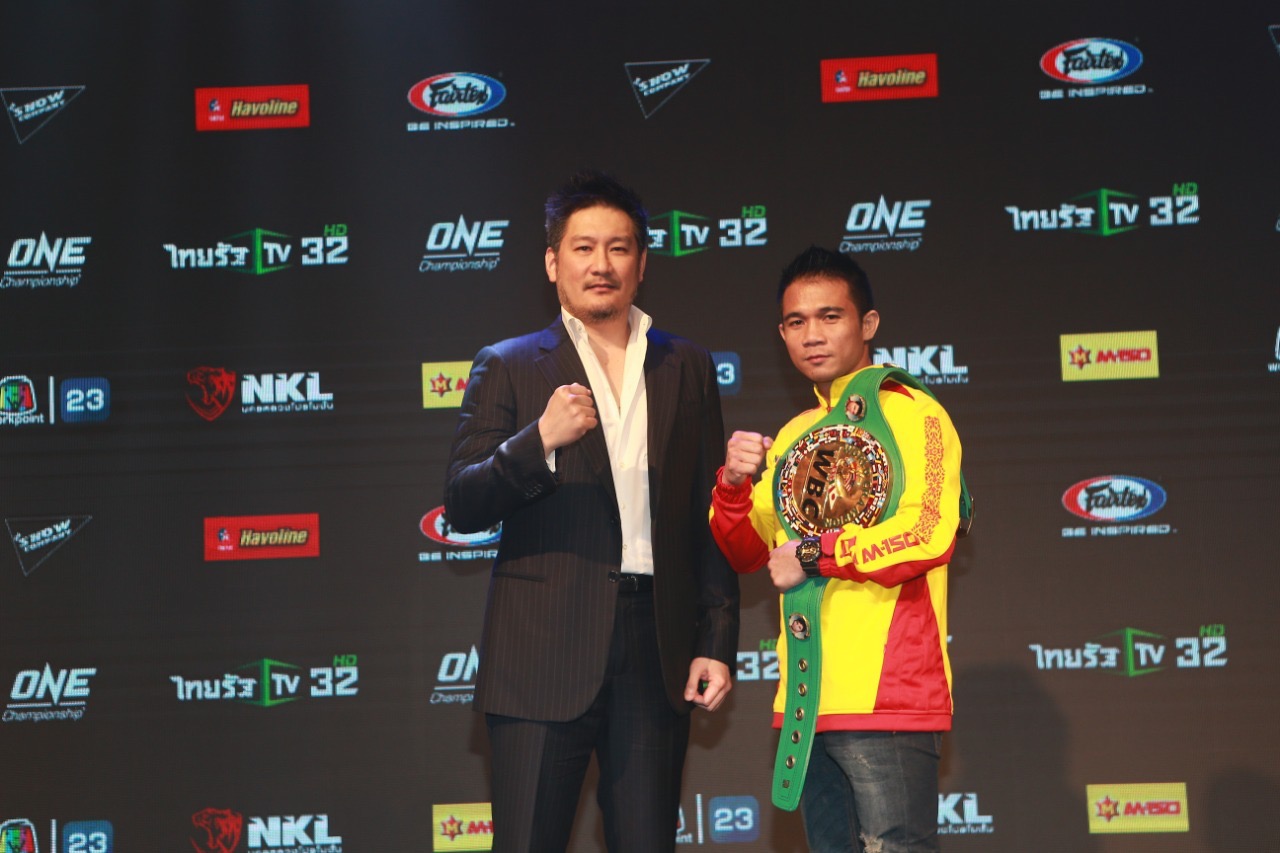 ONE Championship is the largest global sports media property in Asian history. Headquartered in Singapore, ONE Championship is the home of martial arts and is the world’s largest martial arts organization, hosting bouts across all styles of martial arts such as Muay Thai, Kickboxing, Karate, Kung Fu, Silat, Sanda, Lethwei, Mixed Martial Arts, Tae Kwon Do, Submission Grappling, and more. The world’s most exciting martial arts organization hosts the largest sports entertainment events across Asia, featuring some of the world’s best martial artists and world champions, all signed to exclusive contracts, on the largest media broadcast in Asia. In addition to its digital platforms, ONE Championship broadcasts to over 1.7 billion potential viewers across 136 countries around the world with some of the largest global broadcasters, including Fox Sports, ABS-CBN, Astro, ClaroSports, Bandsports, Startimes, Premier Sports, Thairath TV, Skynet, Mediacorp, OSN, and