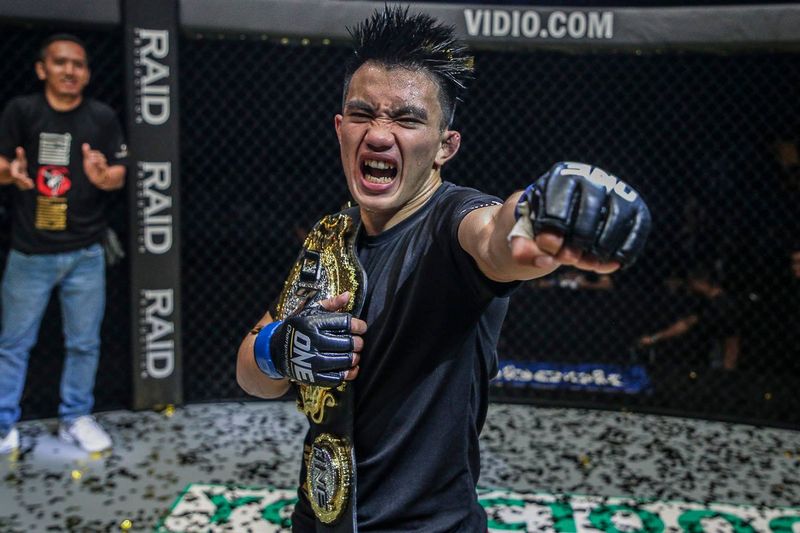 Share Tweet
Joshua Pacio stays ready, excited to defend title for the Philippines
HUNGRY is an understatement for Joshua “The Passion” Pacio as the reigning ONE Strawweight World Champion has been on the shelf for more than a year now.
“I’m more than thrilled to get back inside the circle as it’s more than a year since my last bout,” he said.
The last time Pacio stepped on the cage was in January 2020 in the main event of ONE: Fire & Fury when he edged Alex Silva via split decision to successfully retain his belt.
It’s the longest lull for the 25-year-old who has been one of the most active fighters out of the legendary Team Lakay over the past few years.
But that’s just the way it is in these extraordinary times, with the global COVID-19 pandemic putting everything to a halt.

Nonetheless, Pacio isn’t letting this setback sideline him for good as he does his due diligence in keeping himself in shape and training his hardest in the confines of the Team Lakay Gym in Baguio.
“It’s been tough for all of us because of this pandemic. But we’re not just a cage warrior, we’re also warriors in life. We have to deal with this and move forward,” he said.
“We have been finding ways to train amidst the restricted movements we have now. We’ve already got back in the gym and we’re already doing what we are passionate about — a lot of drills, repetitions, and learning new techniques in MMA.”
That kind of fortitude is what’s expected of Pacio, who has reigned atop the strawweight division since April 2019.
After all, the field has just gotten stronger over the past few years.
Among the top contenders in the weight class include former ONE Strawweight World Champion Yosuke “The Ninja” Saruta, who is currently the no. 1-ranked contender.
Not far behind are no. 2 and former titleholder Yoshitaka “Nobita” Naito of Japan, no. 3 Bokang “Little Giant” Matsunyane of South Africa, no. 4 Hiroba Minowa of Japan, and no. 5 Alex Silva of Brazil.
“The strawweight division is very stacked right now with the finest strawweight athletes in the world,” said Pacio. “I watch their bouts and I continue to learn them and from them. I know for sure that I need to continuously level up because I can’t stay idle. But that’s a challenge I’m enjoying.”
Pacio, though, has his eyes set on one guy only: Saruta, who he feels has unfinished business with him.
The two fighters hold one win each over each other: with Saruta taking their first clash via a split decision win at ONE: Eternal Glory in January 2019, while Pacio reclaimed his crown with a fourth round knockout victory at ONE: Roots of Honor that April.
“A trilogy with Saruta would be great, but it really depends with ONE Championship if who will be my next challenger,” he said.
As Pacio awaits for that next call, all his focus lies on improving his all-around game as he makes the most of this opportunity to better himself.
“You can see a wider-ranging, more well-rounded Joshua Pacio in my future bouts. These are the things that we are working on in the gym,” he said.
Pacio also carries a little more weight on his back as he remains as the lone Filipino champion standing in ONE Championship. It’s a complete 180-turnaround from three years back when the Philippines had five champions — four of whom are under the Team Lakay banner.
But after Brandon “The Truth” Vera lost the ONE Heavyweight World Championship to Arjan Singh Bhullar at ONE: Dangal in May, the strawweight king is the only Filipino sitting on a throne.
Still, you can see the spring in Pacio’s step as it’s evident that he’s revitalized with the arrivals of stablemates such as Stephen “The Sniper” Loman and Jhanlo Mark Sangiao.
That alone should indicate that Pacio will go tooth-and-nail just to keep the belt on his waist.
“I’m super motivated to get back and defend our title, especially that my other teammates have joined ONE Championship already. I’m very happy for them and for us, and you will see the next generation of Team Lakay athletes come in full force,” he said.
- Advertisement - 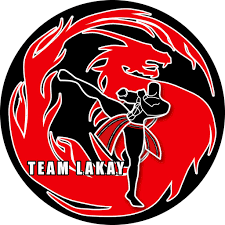