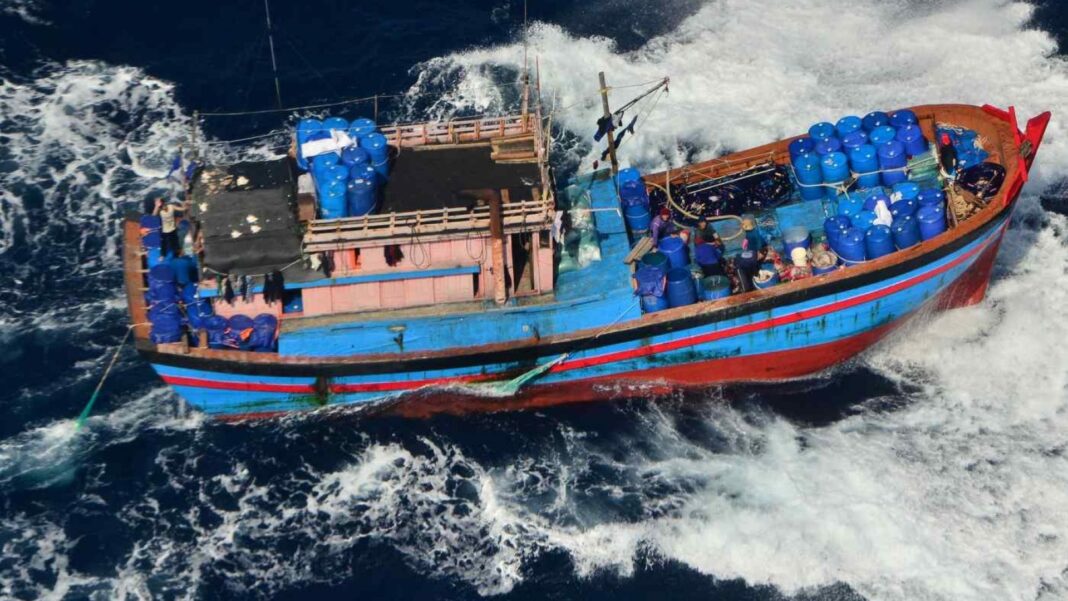 The South China Sea dispute has taken center stage since China emerged as the regional power in the Asia-Pacific. The focus has been on China with all sorts of accusations being thrown at its leadership for being aggressive and belligerent. The vilification of China is deliberate because the narrative being sold is plain good versus evil.

The reality however is, it’s not only China that has been posturing to strengthen its position but all other claimant countries which are in a position to do so as well. Among the most aggressive is Vietnam.

It is estimated that Vietnam has a fleet of at least 105,000 of these wooden vessels which catch not only fish but other marine products for both domestic consumption and export to other countries. These blue boats have been caught illegally fishing not only in the South China Sea but as far off as the coast of Australia and New Zealand, Palau, and Papua New Guinea.

Vietnam is not an archipelagic state as Indonesia is. Yet Vietnam insists that a single boundary for both the continental shelf and the EEZ should be the starting point of bilateral negotiations to resolve disputes between the two countries even if both have ratified UNCLOS. This is the primary sticking point as there is the need for a basic definition of terms to be acceptable to both parties if a compromise agreement is to be reached.

The base points indicated by Vietnam are located offshore which is inconsistent with the provisions of UNCLOS which states that the drawing of straight baselines must not depart from any appreciable extent from the general direction of the coast and the sea areas lying within the baselines must be sufficiently closely linked to the coast to be classified as internal waters.

Vietnam’s penchant for applying its own interpretation of international law, as defined by UNCLOS above, and imposing its own conditions in the conduct of bilateral negotiation, are often why it’s impossible to come to an agreement with them. This is also not in conformity with what has been adopted as the consensus in previous conferences, which have been sponsored by Thailand, for ASEAN member states which are claimants in the South China Sea. Thailand has taken it upon itself to be an honest broker because it is not a claimant and is a neutral party.

The fact remains that similar to Indonesia, the Philippines also have overlapping claims against Vietnam in the South China Sea. It’s not unlikely that there will be a conflict between the two in the near future, if and when bilateral negotiations take place to tackle the issue of conflicting EEZs and there is no doubt that Vietnam will employ the same strategy it has with Indonesia, with the Philippines, as far as the base points are concerned.