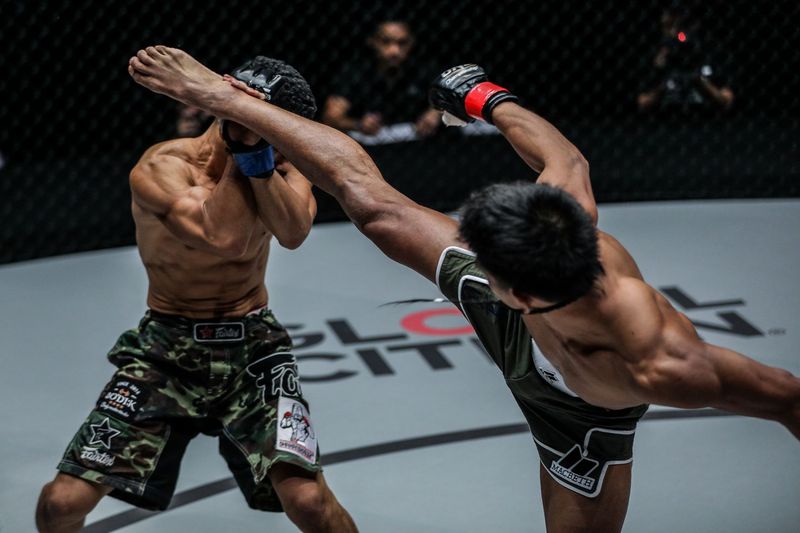 3-time Filipino Kyokushin Karate Champion Ramon “The Bicolano” Gonzales is heading into his next bout with momentum. Despite suffering a decision loss to China’s Hexigetu last November, Gonzales is a winner of three of his last four contests, all three wins coming by way of impressive submission.

Gonzales is next to face multiple-time Indonesian national wrestling champion Eko Roni Saputra at ONE: INSIDE THE MATRIX II, a previously-recorded event in Singapore scheduled for global broadcast this Friday, 6 November.

“The Bicolano” has been training hard over the past few months, especially during community quarantine, where he was able to sharpen his skills as necessary. The 33-year-old martial arts veteran is eager to erase the painful memory of his most recent defeat with a win, and is looking forward to clashing with a world-class grappler in Saputra.

“Indeed, this pandemic has affected the lives of the people around the world. But as I always instill in my mind, we should look for the positive sides of the situation,” said Gonzales.

“During the lockdown, I was able to train everyday, together with my students which are the Uchi-deshi. We used the time we couldn’t go out to stay in the gym, focus on our skills, and train.”

Against Saputra, Gonzales faces a legitimate threat that is constantly evolving with every performance. The 29-year-old Indonesian flyweight transitioned from wrestling to mixed martial arts in 2019, initially having difficulty adjusting to the different dynamics of the Circle. But after a few bouts of experience under his belt, Saputra is slowly coming into his own.

Gonzales feels their matchup will be an exciting one.

“I haven’t met Mr. Saputra personally, but I already watched his fights, and I think he is a great fighter,” said Gonzales.

“I make sure that when it’s time to enter the Circle, I am ready. I promise my fans that will show them the best of me this time.”

ONE Championship returns with ONE: INSIDE THE MATRIX II, a previously-recorded event at the Singapore Indoor Stadium in Singapore scheduled for air this Friday night, 6 November.

In the main event, reigning ONE Welterweight World Champion Kiamrian Abbasov of Kyrgyzstan makes the first defense of his world title against undefeated top contender James Nakashima of the United States.

Gonzales is inspired to take his career to the next level, and continues to fight for the people closest to him, to give them a better life.

“I always try to find ways to be motivated. My family remains a constant inspiration for me to do more, to train more,” said Gonzales.

“And I believe that we need to be inspired and be motivated to move forward so we can stay ready for the challenges ahead of us.”