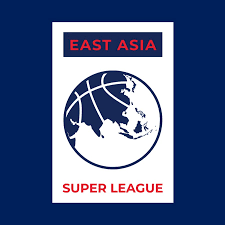 “East Asia Super League – The Terrific 12” Star Players Express Excitement About Games Ahead
“Our plan is to win the championship…” – Liaoning Flying Leopards’ guard, Lance Stephenson
[HONG KONG SAR – September 9] – The world will soon witness a battle royale when top club teams from China, Japan, South Korea and the Philippines face off in The Terrific 12 from September 17-22 at Macao’s Tap Seac Multi-Sport Pavilion. The Terrific 12 is filled to the brim with All-Star and national team talent from the best teams across East Asia, each of whom are championship contenders in their respective leagues.

Teams are leaving nothing to chance and have assembled their best rosters, including national team players and foreign imports. “I can’t wait to play in The Terrific 12 with my new teammates. I’m excited to play in such a great tournament this early in the season. It should really help us unite as a team and help me acclimate to this new style of play more easily,” said Liaoning Flying Leopards’ new star guard, Lance Stephenson.

Lance Stephenson is one of many former NBA players who will join top teams as a foreign import player in The Terrific 12. After signing with the Leopards earlier this offseason, Lance is ready for his debut with the club and to bring The Terrific 12 trophy to Liaoning. He also added, “Our plan is to win the championship, so that momentum will help us as a club heading into the regular season.”

The best clubs and players go up against their international champion counterparts which has players chomping at the bit. The Filipino star from TNT KaTropa known as “The Blur”, Jayson Castro, will go head to head with Lance Stephenson specified, “I’m going to show them what speed really looks like. They’ll never see me coming. We’re going to show these other teams how the PBA does things.”

The Terrific 12 presents an opportunity to showcase respective leagues and players to basketball fans in other geographies. International sensation from Utsunomiya Brex, Makoto Hiejima, mentioned “Although the Japanese teams are getting stronger, there’s a need to experience more games against top opponents through EASL. We will energize not only Asia, but also the world via the games!”

Each club will clash with new challengers they’ve never faced before. The diverse opponents galvanize player development and improve club performance. The Super 8 Finals champion and leader of the Chiba Jets, Ryumo Ono, stated “I am so excited to enjoy and participate in the games of The Terrific 12, because it’s totally different from our league. Each team is very sophisticated and just as strong as any team we’ve ever gone up against. I cannot wait!.”

The Terrific 12 features key positional matchups and players are eager to find out how they’ll fare. Shenzhen big man, Li Muhao, stated “I really look forward to going up against Filipino big man, June Mar Fajardo. He’s a legendary player, but I don’t think he knows what he’s getting himself into.” San Miguel Beermen’s big man responded, “We’ve got a pretty tough group. We’ll be up against some strong big men, especially the guys from Shenzhen. But, we’ve seen it all in terms of competition and will be relying on our team effort and championship experience to carry us through.”

The Zhejiang Guangsha Lions return to Macao led by star guard, Sun Minghui. It’s championship or nothing for this team as Sun noted “This is my third year participating in an EASL event and I’m not going home empty handed.” Shen Zijie of the Shenzhen Aviators also returns to EASL and is eager to compete, “We’re ready to prove that we deserve to be here and showcase what the CBA brings to the table.”

Last year’s champion, The Ryukyu Golden Kings, return to defend their title. However, this time around, everyone wants their shot at the champs. San Miguel Beermen’s “Golden Boy” Terrence Romeo stated “I really feel like I’m on my game and the experience with San Miguel enhanced my skills and confidence. Ryuichi Kishimoto is good so it will be an interesting matchup individually and a team basis.”

KCC Egis All-star, Lee Junghyun, stated “The best way to become an elite club is through competition. The Terrific 12 provides that opportunity and the ability for the KBL to showcase its clubs and star talent.” The games are sure to provide an action-packed week of basketball featuring the best club to club competition East Asia has to offer.

For more in-depth, exclusive and behind-the-scenes information about East Asia Super League and The Terrific 12, please follow the below official website and social media pages:

Tickets are available for purchase:

Please stay tuned for more exciting news from us, and we look forward to seeing you at The Terrific 12 in Macao!

For enquiries or more information about “East Asia Super League – The Terrific 12”, please contact below personnel for different markets: