See who gets to walk the “doggy” violin in NAM JUNE PAIK IN MANILA on Monday, 22 October 2018 — !
And what convinced Larry Gagosian of GAGOSIAN GALLERY to allow NAM JUNE PAIK to “travel” to MANILA — !

Ken Hakuta is wearing a shirt that was painted on by renowned artist Nam June Paik.
Ken HAKUTA, the Executor for the Estate of NAM JUNE PAIK talks about his “CRAZY UNCLE’s” pre-eminence as —
1. An international visionary AVANT-GARDE artist, whose preoccupation with TV — “Even though he does not watch TV and just got ideas from me” — and whose experiments on interconnected videos foregrounded the influence of the Boob Tube and the Internet on popular culture and consciousness —
2. A MUSICIAN — who realized he wasn’t good at it at all who once “made me really happy when he took the piano from the house and smashed it during a concert and never came back — I am not a good piano student after all — who is THE most -represented Asian artist at the TATE MODERN ART GALLERY in London —
3. A very COMPLEX artist — who has collected lots and lots of things such that “when his stuff is being moved to the Smithsonian, there were literally eight truckloads of raw materials,” found objects to work with — that “CHILDREN WOULD APPRECIATE” —
— and MODELS the shirt — “I also have a sweater and a long-tail coat similarly painted” — that his CRAZY UNCLE painted playfully front and back — !
At the SNEAK PREVIEW of NAM JUNE PAIK IN MANILA at the Alfred iof the Makati Diamond Residences —

Actual exhibit — first time in the Philippines and only second out of Gagosian Gallery ib NY — opens on Monday, 22 October 2018, Monday, at the LEON GALLERY INTERNATIONAL —
Featuring 24 pieces from 1983 to 2005 from the ultra exclusive GAGOSIAN GALLERY of New York —
“To have Larry Gagosian personally approve of the exhibit is already a feat” since “Gagosian Gallery does things so effectively it does not trust anybody to do things for it or on behalf of it” — !
How in the world was LEON GALLERY INTERNATIONAL able to manage that is for everyone to see, witness, and experience with NAM JUNE PAIK IN MANILA — !!!
AND WATCH OUT FOR THOSE WHO GET TO WALK THE “DOGGY” VIOLIN – !!! 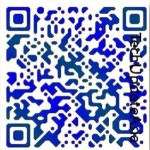