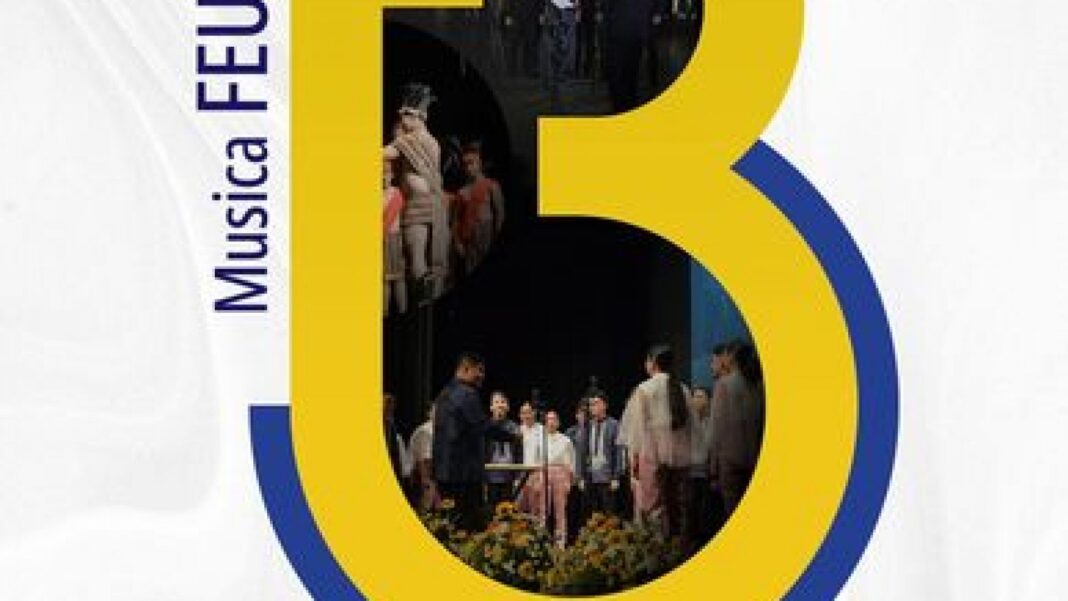 Share Tweet
A DECADE AND THREE YEARS OF MUSIC, HARMONY, AND LEGACY.
Música FEUROPA:
Going Strong On Its 13th Year
MUSICA FEUROPA, the annual national choral festival of Far Eastern University with the European Union (EU) in the Philippines as its partner,
makes its mark in the choral scene
as it holds its 13th iteration this year. 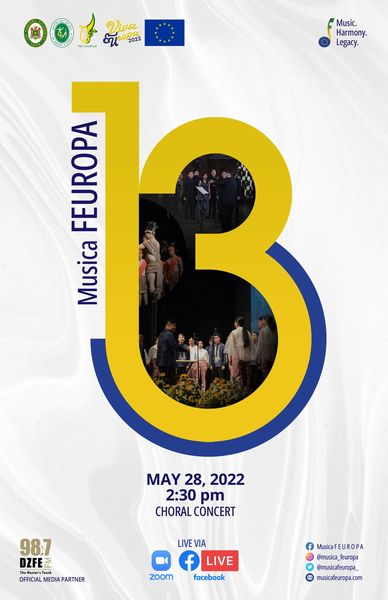 The key criterion of MUSICA FEUROPA is that each participating choir has to perform two songs: one song written in any Filipino language, and one song written in an official EU language by someone from an EU member nation.
Starting with four choirs in 2009,
the participants of the choral festival rose to an all-time high of thirty-one choirs from all over the Philippines, with some of them going on to win in competitions outside the country.
Musica FEUROPA became one of the definitive choral competitions in the country.
In response to the COVID-19 pandemic that still affects our country today, Musica FEUROPA has moved to an online setup, utilizing the power of technology to stage the choral festival and present the participating choirs’ music, allowing audiences from around the country and the world to hear their harmony, and letting the choirs build their legacy.
The participating choirs will perform virtually, proving that beautiful music can still be made amidst the distance and restrictions in place.
Five choirs are participating in Musica FEUROPA 13, namely:
Salinlahi Serenata Singers (Bulihan National High School, Silang, Cavite) – Aristeo Butial, Conductor.
CapSU Main Chorale (Capiz State University – Main, Roxas City, Capiz) – Vivian  Apuang, Conductor.
FCU Chorale (Filamer Christian University, Roxas City, Capiz) – Agnes June Limac, Conductor.
DLSMHSI SaringHimig and Himig Scientia (De La Salle Medical and Health Sciences Institute, Dasmariñas, Cavite) – Steve Collado, Conductor.
RTU Himig Rizalia (Rizal Technological University, Boni Ave., Mandaluyong City) – Renier Aguilar, Conductor
The participants will be critiqued
by the following esteemed Filipino choral conductors and clinicians, namely Mr. Mark Anthony Carpio,
Dr. Ed Manguiat,
Mr. Ramon Lijauco, Jr.,
Ms. Anna Tabita Abelda-Piquero,
and Mr. Jonathan Velasco.
Musica FEUROPA 13
will stream starting at 2:30 PM
on May 28, 2022 on its official Facebook page: Musica F E U R O P A | Facebook.
Follow Musica FEUROPA on Facebook, Twitter, and Instagram.
For inquiries, email info@musicfeuropa.com
#VivaEuropa2022
#SamaSamaTogether
#EUinthePhilippines
- Advertisement (300x250) -