SACRAMENTO KINGS’ WILLIE CAULEY-STEIN AND WNBA LEGEND SHERYL SWOOPES TO VISIT THE PHILIPPINES
– Cauley-Stein and Swoopes to Participate at the Jr. NBA Philippines National Training Camp and Help Identify Top Eight Boys and Eight Girls to be Named Jr. NBA Philippines All-Stars — 2018 Jr. NBA Philippines All-Stars to Travel to Shanghai for NBA China Games 2018
Featuring the Philadelphia 76ers and the Dallas Mavericks –
MANILA, PHILIPPINES, May 9, 2018 – The National Basketball Association (NBA) announced today that Willie Cauley-Stein of the Sacramento Kings and former WNBA player and Hall of Famer Sheryl Swoopes will travel to Manila to help coach the finalists of the 2018 Jr. NBA Philippines presented by Alaska program. The National Training Camp featuring the top 75 boys and girls aged 10-14 will be conducted at the Don Bosco Technical Institute May 19 and at the SM Mall of Asia Music Hall on May 20.
Cauley-Stein and Swoopes will help identify the top eight boys and eight girls to be named as 2018 Jr. NBA Philippines All-Stars and serve as coaches at the Jr. NBA Alumni All-Star Game. The 2018 All-Stars will travel to Shanghai in October to attend NBA China Games 2018 featuring the Philadelphia 76ers and the Dallas Mavericks.“Filipinos are among the most passionate basketball fans in the world and I’m eager to work with these dedicated young players who have earned the right to be chosen as Jr. NBA All-Stars,” said Cauley-Stein. “I’m excited to share my basketball knowledge and help the kids become the best version of themselves on and off the court.”
“Participating in sports and having proper nutrition are both integral parts of a child’s holistic development as it touches on physical, emotional and mental well-being,” said Swoopes. “Through the Jr. NBA program, I look forward to this opportunity to contribute to our goal of getting more kids, especially girls, to play the game of basketball and help them understand how working hard on their craft in the same way it opened doors for my career, can unlock greater opportunities in life.”
Cauley-Stein, selected 6th overall in the 2015 NBA Draft, was named to the NBA All-Rookie Second Team in 2016. He averaged 12.8 points, 7 rebounds, and 2.4 assists per game with the Kings this season.
Swoopes, signed by the Houston Comets during the 1997 WNBA season, is a four-time WNBA Champion, six-time WNBA All-Star, three-time WNBA MVP and an Olympic gold medalist. Named as part of the WNBA’s Top 15 Players of All Time, Swoopes spent 12 seasons in the WNBA with the Houston Comets, Seattle Storm and Tulsa Shock prior to being inducted into the Naismith Memorial and Women’s Basketball Hall of Fame in 2016 and 2017 respectively.
The National Training Camp finalists were selected from Regional Selection Camps in Bacolod, Baguio, Butuan and Metro Manila, and from the Alaska Power Camps in Manila and Subic. The search for the 2018 Coaches of the Year will also conclude at the National Training Camp, and the winning coaches will take part in the NBA experience trip alongside the Jr. NBA All-Stars.
The Jr. NBA, the league’s global youth basketball participation program for boys and girls, teaches the fundamental skills as well as the core values of the game at the grassroots level in an effort to help grow and improve the youth basketball experience for players, coaches and parents. During the 2017-18 season, the NBA will reach more than 26 million youth in 71 countries through a variety of camps, clinics, skills challenges, league play and outreach events.
Jr. NBA Philippines presented by Alaska continues to promote proper nutrition and an active lifestyle, serving as an effective platform in implementing Alaska Milk’s NUTRITION.ACTION.CHAMPION. program that helps address the issue of overweight and undernourished children in the country. AXA, Cloudfone, Gatorade, Globe Telecom and Panasonic serve as Official Partners of the Jr. NBA in the Philippines, while Spalding is a Supporting Partner. ABS-CBN Sports + Action, Basketball TV and NBA Premium TV are the Official NBA Broadcasters of the Jr. NBA in the Philippines.
Fans can also follow Jr. NBA on Facebook and the NBA at www.nba.com and on Facebook and Twitter. To learn more about the Alaska Milk Corporation, visit www.alaskamilk.com and follow PlayPH at www.playph.com and on Facebook and Twitter.
About the NBA
The NBA is a global sports and media business built around four professional sports leagues: the National Basketball Association, the Women’s National Basketball Association, the NBA G League and the NBA 2K League, set to launch in May 2018. The NBA has established a major international presence with games and programming in 215 countries and territories in 50 languages, and merchandise for sale in more than 125,000 stores in 100 countries on six continents. NBA rosters at the start of the 2017-18 season featured 108 international players from a record 42 countries and territories. NBA Digital’s assets include NBA TV, NBA.com, the NBA App and NBA League Pass. The NBA has created one of the largest social media communities in the world, with 1.5 billion likes and followers globally across all league, team, and player platforms. Through NBA Cares, the league addresses important social issues by working with internationally recognized youth-serving organizations that support education, youth and family development, and health-related causes.


About Alaska Milk
According to the 8th National Survey of FNRI and DOH (as of 2013), obesity is one of the most prevalent nutritional problems of Filipino children and adults, with about 5 out of 100 Filipino children being classified as overweight. Obesity can lead to different health problems like heart diseases and even diabetes at a young age, which could lead to serious health, economic and social implications later on in life. In line with Alaska Milk’s mission to bring affordable nutrition and a love of active play to every Filipino household, powering the Jr. NBA is a major part of Alaska’s “NUTRITION. ACTION. CHAMPION.” initiative. By highlighting milk’s nutritional benefits and encouraging children to go out and play, Alaska consistently works to instill the values Determination, Hard Work, Teamwork, Discipline and Sportsmanship in tomorrow’s champions. 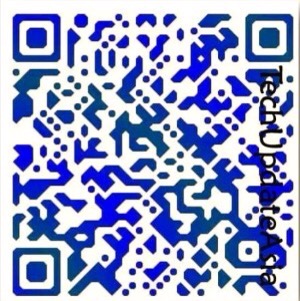