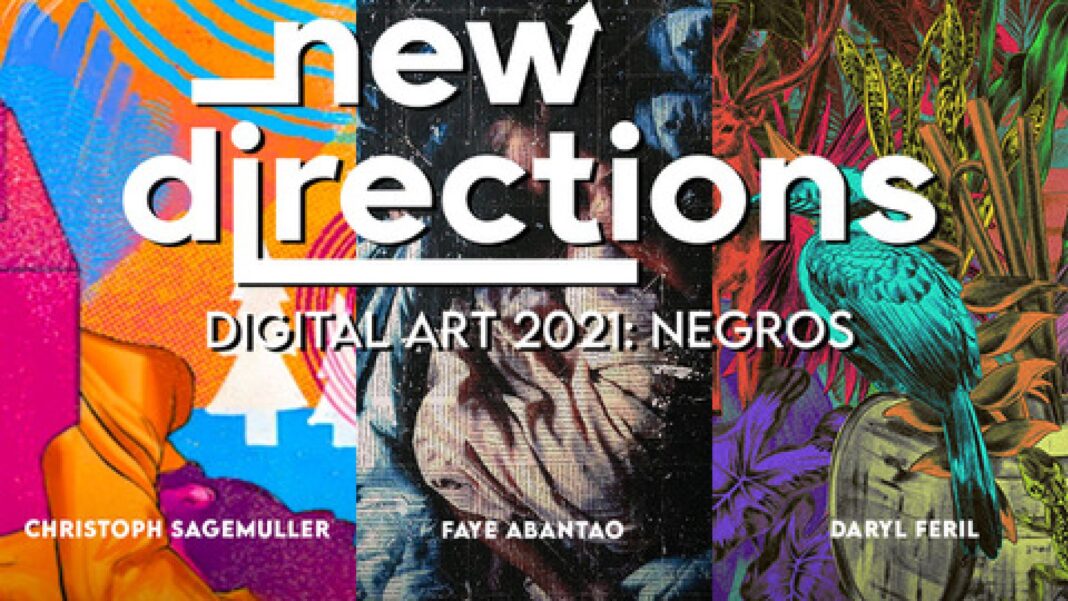 The year was 2013 and Daryl Feril didn’t know where he was going. He had just graduated from La Consolacion College and had dutifully sent out resumés to all the companies he could think of but unfortunately he hadn’t heard back from anyone.

Then he received the phone call that changed his life. He got a call asking if he was willing to fly to New York City to design the illustrations for the Spring/Summer 2013 global advertising campaign for the DFS Group, luxury retailer for the LVMH brand, i.e. Louis Vuitton Moët Hennessy. It can be forgiven if he at first thought that the phone all was a prank, but he was soon convinced by Melissa Overton, the campaign’s creative director. Overton reached out to Feril when she saw his work on a blog. She knew when she saw it that it was exactly what they were looking for, and tracked Feril down using the images online.

Feril is largely self-taught. He remembered attending art workshops in Lopues as a child. Before graduating with an advertising arts degree, he was an engineering student. Feril’s art skills were developed from having to figure things out by himself. He says that his art is about 80% hand-drawn and 20% digital but he does use digital tools even when drawing. He grew quickly enamored with digital illustration but back in 2012 in Bacolod, there wasn’t anyone to teach him how to do it. There was no one to ask questions, no one to mentor him, he had to learn how to do things himself.

Feril’s list of accomplishments and clients that he has worked for is very noteworthy. Aside from DFS, he has also been tapped by Heineken Asia Pacific, Ford Motor Company, The David Lynch Foundation, Tory Burch, Jo Malone London, Singapore Airlines and even the Walt Disney Company.

His designs for these clients are vivid, lush images with a strong emphasis on floral imagery. Feril’s art is inspired by nature. He particularly remembers his childhood spent in the countryside in Bayawan. He has always been artistic. He was constantly drawing, and to his mother’s dismay, even the walls of his home. His family moved a lot when he was younger, from Bacolod to Cagayan de Oro to Victorias and so on. He credits this exposure to so many different kinds of people and ways of life to shaping his art today.

Feril is both an artist and a designer. And there is a clear delineation between the two. What he calls his design work, tends to be more colorful, with bold and strong imagery. His gallery work, what he calls his work as an artist, tends to be more personal, more restrained and muted. He himself suggests it’s a way to escape from all the colors and lushness required by his clients from his design work.

He uses his gallery work to expand his artistry and to experiment. Defying common expectations, Feril as artist taps into other parts of his life. His artistic residency in South Korea involved him creating a video installation as opposed to relying on illustration. He used the opportunity to not just explore and experiment in a different medium but to challenge himself as an artist. He did not want to rest on his laurels. He saw installation as a personal weakness, a medium that was not just unfamiliar to him but one that he had never really worked with before. Instead of treading well-proven ground, he decided to face his fears and meet them head on.

This is why Feril appreciates Bacolod particularly. He could theoretically be both designer and artist in any major city in the world but instead has chosen to be based out of Bacolod. His reason is quite simple: the community. Bacolod artists are very generous with their time and expertise. When faced with the video installation in South Korea, he was both encouraged and aided by Manny Montelibano, a fellow artist with a background in the same medium. Feril feels it is quite rare to have this kind of support from fellow artists elsewhere.

It is also fair to say he is not giving up anything by working here. In this digital age, he can still entertain clients from all over the world and still enjoy the benefit of Bacolod’s artistic community.

Daryl Feril is an amazing fusion of two worlds that always seemed to be mutually exclusive. You could either be a critically-acclaimed artist yet not sell a painting until after your death or be a commercially successful designer but sell your soul to the corporate world. Yet here he is, walking proof that one can have commercial success as a designer, whose designs are also respected for their artistic merit. He is also a successful artist, whose work commands substantial prices. He lives in his hometown, surrounded by a supportive community, but because of the internet, has access to an international client base.

This dichotomy is encapsulated by a simple philosophy of Feril. He is particularly pleased with his work for client Tory Burch. He feels that designing merchandise is the best way for people to be able to interact with his art. His designs on a bag are both beautiful, artistically appealing to the customer but also practical, a bag is something you use. “It is art,” he says, “you can touch, use, and bring home.”

When you look at Faye Abantao’s work, you immediately notice it’s dreamlike quality and are intrigued by the unusual texture of her pieces. Abantao doesn’t paint on canvas, she instead transfers images into pieces of paper, each one meticulously folded like origami. Hundreds of pieces of paper, carefully folded by hand, uniform in size, to receive an image lifted straight off a dream.

The pieces of paper are not there just to be different, the creases and folds creates shadows giving the images depth. Their lines creating an almost rippling texture giving the piece a mirage-like quality like heat haze. A collector once said of her work that it was a tapestry, that it evoked the banig. The images by themselves are noteworthy but it is the medium that really lifts Abantao’s art to another level.

It is all the more surprising that her signature technique was almost an afterthought.
Faye Abantao did not come from a particularly artistic family. Her interest was in advertising, not in the fine arts. After she graduated, she was ready to join the corporate world when friends and fellow graduates invited her to join them in a group exhibition. She decided to join them for the fun of it. However, she wanted to do the exhibit justice and thought on how to make her work stand out.

Abantao admits that growing up she didn’t think of herself as particularly artistic but she did have an interest and a liking for origami. As she grew older she enjoyed making collages, particularly of photographs she herself took. There were other things that would inform on what would become her style, but it was these two things that formed the pillars of what would eventually evolve into her current technique.

Image transfer itself is not unique to Abantao, in fact, it’s quite commonly used. What makes her work so striking are the images she creates and where she transfers those images to.
Abantao’s process starts with her being curious over something she read, saw, or heard and decides to read more about it. Or she decides on a theme she wants to explore. She then researches it. She allows herself to be guided by what strikes her fancy: an image she sees that pops up in Google search results, an interesting fact, an idea triggers a thought in her mind and she decides to follow that and see where that leads, and so on. She relies almost exclusively on the internet for this research.

She then compiles these images and with the use of Photoshop, she then starts manipulating these images to closely align what is in her mind’s eye. She doesn’t just use images she found online, some are images she herself made.

She also begins folding the paper she will use. And the paper isn’t just any kind of paper. She primarily uses pages from old books. She has discovered in her experience that acid-free paper is best at keeping the image after the transfer. She also finds it satisfying that these old books are being reused and repurposed. She finds that using paper as a medium gives a vulnerable, almost fragile, quality to her work. Paper is transformative as well as transformable, which are key elements in her art.

There is something engaging about the contrast of her almost exclusive use of digital tools and resources for the creation of the images, even the process of rendering those images onto the paper speaks of the contemporary, yet the medium that captures and supports those images are practically prehistoric: paper, folded by hand.

Abantao has admitted that folding paper is therapeutic for her and she can do around five hundred a day. In one solo show she used more than five thousand pieces of folded paper for fifteen pieces of art.

Within a year of graduating, Abantao was exhibiting in the Orange Gallery in Bacolod and her work was being scouted by galleries in Manila. In the intervening years she has not only exhibited in Makati, Quezon City, Taguig, and Iloilo City but abroad as well. She was warmly received in Indonesia and even managed to secure a residency in Gwangju, South Korea.

In spite of all these success, Abantao is not a full-time artist. She can be, but she confesses that if she did not have a job to go to, she would have nothing to draw. Being engaged in the world is what drives her curiosity that lets her find things to capture in her folded paper.

She had to deal with the global pandemic and it has definitely shown in her art. Her theme for 2020 was isolation. Even Abantao herself noticed a shift in tone in her output. Her work before was vibrant and full of color, now they are more muted and reserved. She has also shifted the focus of her work which used to prominently feature people to more landscapes. Although, the dreaminess is still quite intact. She wants to delve deeper into this and is eager to experiment in using just black and white imagery.

“I want the people looking at my work to feel a sense of connection—seeing beyond the imageries and becoming aware of the inner essence. I want them to immerse and ponder on the expressions and emotions of each work and how they would relate it on their day to day lives. I want them to think of the boundless possibilities that there is so much beyond what their eyes can see, I want them to be able to feel that excitement when they view my art.”