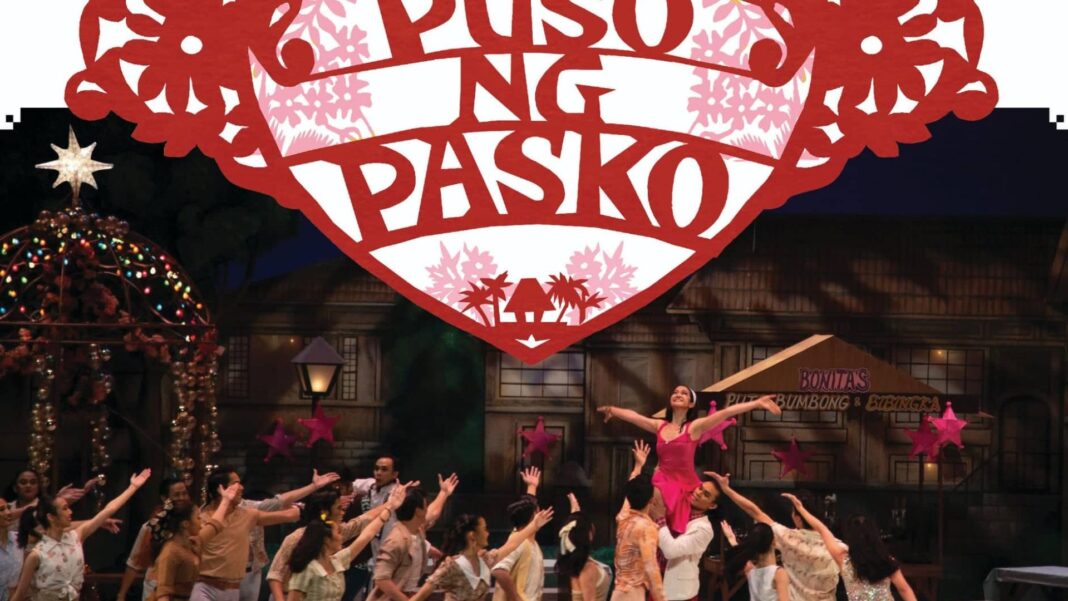 Celebrate our Filipino Christmas traditions with PUSO NG PASKO as it lights up the CCP Main Theater Stage from Dec. 2-4.

The first all-Filipino Christmas ballet, PUSO NG PASKO, captures the true spirit of the Pinoy Pasko as Lolo Val, now living abroad in California, recalls to his young granddaughter Angelita, the magical Christmases of his youth in Tres Reyes with his barkada. 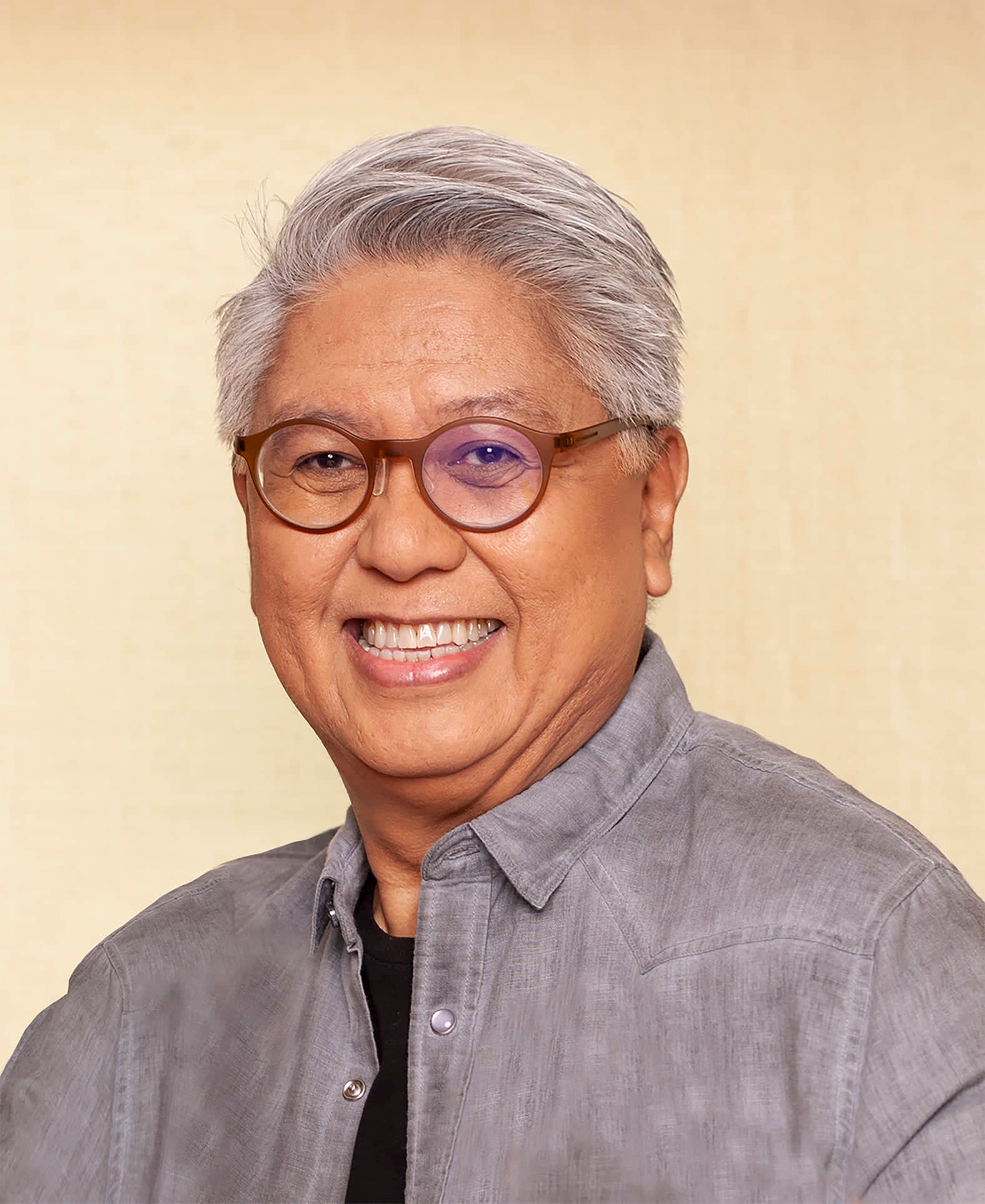 Joining Ronelson Yadao with the feat of choreographing this full-length Christmas dance celebration are Erl Sorilla, John Ababon, AL Abraham, Dan Dayo, Bonnie Guerrero, and Lester Reguindin.These creative staples in the company’s roster of young and acclaimed choreographers each have a beautifully distinct style of movement that somehow wonderfully compliments each moment in the story.

Erl is an accomplished dancer with the CCP’s resident dance company and has choreographed notable pieces including Langit Lupa and The Weight on Our Toes. His works have received recognition including the Trudl Dubsky Award in the first CCP Ballet Competition in 2014. In 2020, he danced and choreographed with the faculty of the CCP Dance Workshop, creating two pieces in the Christmas offering Tuloy Ang Pasko!

He became a grantee of the CCP’s 2021 Professional Dance Support Program where he choreographed Musa for its Culminating Program. Erl currently dances, teaches, and choreographs with Alice Reyes Dance Philippines. His recent works in the Visayan Suite of Dances were part of the company’s launch in Dapitan City last July 2022 and in the highly acclaimed Filipino-French dance concert Premieres and Encores.

John has been dancing with CCP companies since 2012 and has ventured into choreography. Among his works are Happy Thoughts, which won the Trudl Dubsky Zipper Award for outstanding choreography in the 2018 CCP Ballet Competition Junior Category. In 2020, John was part of the faculty of the CCP Dance Workshop and in 2021, he became a grantee of the CCP Professional Dance Support Program. He performed in several pieces of its culminating showcase, the Dance On! Online dance series, and choreographed a solo, Inlababo, and a pas de deux, In the Midst of Overcoming. Today, John focuses on choreographing. His Pasayawa Ko ‘Day is part of the Visayan Suite of Dances, which is in the repertoire of the Alice Reyes Dance Philippines and was recently presented in the Premieres and Encores. 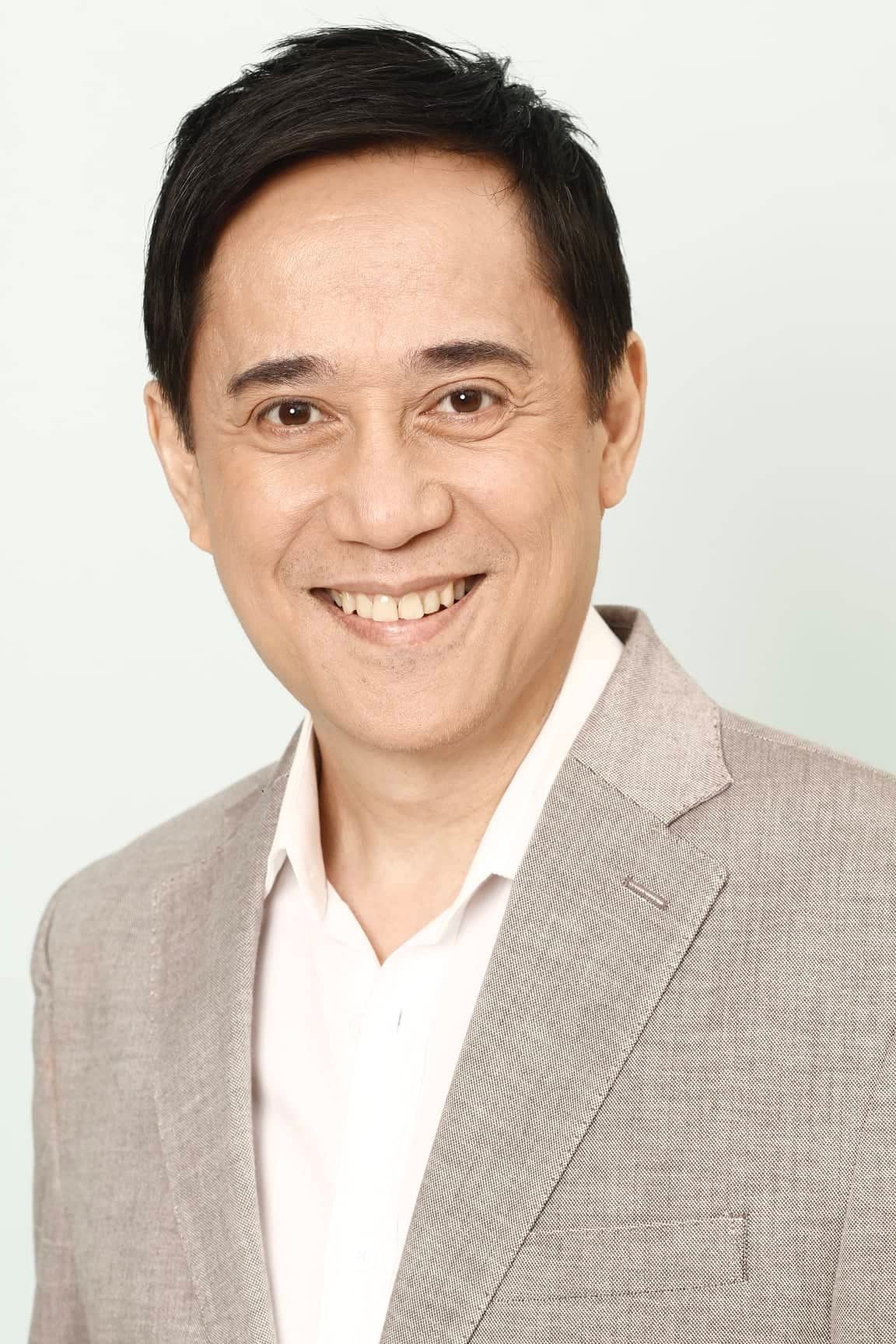 AL, after graduating with a Diploma in creative Performing Arts from UP, pursued his professional dance career at the CCP. AL has created many pieces like Kada Paningkamot, a solo choreographed for the Young Choreographer Showcase. In 2020, he was one of the dancers and choreographers for the CCP Christmas offering Tuloy Ang Pasko! which was featured in the 2021 live Christmas show, A Christmas Celebration. With Alice Reyes Dance Philippines, AL continues to dance and choreograph. His Kada Paningkamot was restaged and included in the Visayan Suite of Dances.

Danilo holds a Bachelor of Performing Arts Degree with a major in Dance from the De La Salle College of Saint Benilde. As a company member of CCP’s Resident Dance Company, he has been featured in many of its productions. A budding choreographer, he has created pieces for the junior company among his works are Torpe, Belle Donne and Malamanyika, and Danse Macabre. A member of the faculty of CCP Dance Workshop, he performed and created the dance piece Kumukutikutitap in CCP’s 2020 Christmas offering Tuloy ang Pasko. He is currently a grantee in the 2022 Professional Artist Support Program.

Bonnie Guerrero is a professional dancer, choreographer, dance teacher, and Pilates instructor. A former company member of CCP’s Resident Dance Company, Bonnie has choreographed many pieces his choreographies have been featured in the CCP Resident Dance Company shows such as Hugot sa Rosas and Bagong Sayaw. With Alice Reyes, National Artists for Dance, as his mentor for choreography, he created works such as his Magdalena presented in the 2018 Young Choreographers Showcase. His latest choreographic work was to the music arranged by Ryan Cayabyab, Anong Gagawin Mo Ngayon Pasko, for Tuloy Ang Pasko!, a 2020 Christmas dance film production of the Artists of the CCP Dance Workshop.

Lester participated in the CCP Resident Dance Company’s Young Choreographer’s Showcase in 2019 where he choreographed We Men, which was later performed in the production of Alice & Friends and more recently in the CCP Dance Series’ Pulso Pilipinas I. In 2020, Lester choreographed and danced for CCP’s online Christmas Offering, The Nutcracker and Tuloy Ang Pasko. As a creative grantee of the CCP’s 2021 Professional Artist Support Program, his piece NOW was featured in the CCP’s online dance series, Dance On!. With Alice Reyes Dance Philippines, Lester continues to choreograph, one of his recent works, GomBurZa, was a culminating choreographic study for the PASP in 2022. It was later commissioned by UP Arts and Culture Festival under the direction of Josefina Estrella.

Ronelson is a dance artist with 16 years of professional experience in dance theaters in Asia, the US, Canada, and Europe. Among his works as a choreographer are Sama-Sama, with the music of National Artist Ryan Cayabyab, as well as Ang Kabaligtaran ng Gunaw, a dance film produced by the CCP with music and film direction by Jerold Tarrog. In 2020, he became a grantee, choreographer, and Modern Dance ballet master of the CCP Professional Dance Support Program. Ronelson is currently the artistic director of the Alice Reyes Dance Philippines. His 2019 piece, Maupay is the latest addition to the collection of dances in Visayan Suite of Dances.

Behind this talented array of choreographers are collaborators whose significant contributions give life to the story and choreography. These include National Artist for Dance Alice Reyes, as Mentor and Artistic Consultant and National Artist for Music Ryan Cayabyab, for his musical arrangements of timeless Filipino Christmas Songs performed and recorded by the San Miguel Philharmonic Orchestra and the San Miguel Master Chorale.

Reyes’ extensive body of choreographic works is a powerful expression of the Philippines’ unique history, art, and heritage. Her classic works include Amada, Itim Asu, Tales of the Manuvu, Rama, Hari, and Bungkos Suite among many others.

Alice Reyes was declared a National Artist for Dance by President Benigno S. Aquino III through Proclamation No. 807 and was conferred at the Malacanang Palace on April 14, 2016.

Currently, Alice Reyes is the artistic consultant for the Professional Artist Support Program and the chairman emeritus of Alice Reyes Dance Philippines. She has collaborated with the CCP and its Arts Education Department in its educational thrusts, audience development, and regional outreach, as part of their Professional Artist Support Program. She actively works for continued support for new works by this generation of Filipino choreographers.

Ryan Cayabyab, a.k.a, Mr. C is the most accomplished composer, arranger, and musical director in the Philippine music industry since this bloomed beginning 1970s. His learned, skillful, and versatile musical style spans a wide range of genres: from conservatory or art compositions such as concert religious music, symphonic work, art song, opera, and concerto to mainstream popular idioms in the music industry and in live contemporary multimedia shows (musical theater, dance, and film). Being very visible in the national media (once a TV host of a long-running arts and culture series and recently a judge in reality TV singing competitions), Cayabyab is a household name. His compositions reflect a perspective of music that extols the exuberance of life and human happiness, thus capturing the very essence of our Filipino soul.

Also on the list of brilliant collaborators are Eric Cruz, for production designs, and Barbara Tan-Tiongco, for lighting design, both of which transport us across space and time along with Dennis Maristany’s inputs as Costume Consultant; Eljay Castro Deldoc, who worked with Yadao on the script and story as co-librettist with inputs from Film Director Carlos Siguion-Reyna to match his masterful cinematography for the filmed scenes.

OPPORTUNITIES FOR MULTIPLE GENERATIONS OF ARTISTS

Along with professional artists of PASP and ARDP, the PUSO NG PASKO also feature dancers and students across multiple generations, giving them the unique opportunity to experience work in a professional environment and to perform on the CCP Main Theater Stage. This includes students from the school of ARDP and artists from the CCP PASP’s Regional Dance Training Program, as well as former veteran dance artists.

To meet the challenges of the pandemic, ARDP’s School, with its masterful faculty of dance professionals and teachers, crafted dance classes specifically for stay-at-home learning bringing a creative, interactive, and fun dance experience online.

Dance classes ranging from classical ballet to modern and contemporary dance, are being made accessible to students from all over the country and beyond with The School of Alice Reyes Dance Philippines.

They have successfully and safely integrated students’ performances online with bi-annual student showcases that began in December 2020.

Through the CCP Arts Education Department, Regional Participants were given the opportunity to train online as well under the PASP and ARDPs roster of professional dance artists under the PASP Regional Dance Training Program. The chosen Regional Participants had access to classes in Classical Ballet, Modern Dance, Hip Hop, Jazz, and Contemporary Dance taught by the country’s best dance professionals culminating in an online performance of a piece created and conceptualized by professional choreographers.

Also joining the cast is acclaimed Theater Actor, Audie Gemora, who will be taking on the role of “Lolo Val.” A terpsichore who has played a variety of roles both in English and Pilipino musicals, Audie has been dubbed “King of Philippine Musical Theater.” He has co-founded one of the leading theater companies in the country, TRUMPETS which has produced musical hits including the long-running JOSEPH THE DREAMER.

He won an award for “Best Performance as Male Lead in a Musical” at the 2010 Gawad Philstage for his performance in SWEENEY TODD. And in 2014 “Best Performance as featured male in a Musical” for his performance as the flamboyant director Roger De Bris in “THE PRODUCERS.” His portrayal of Albin/Zaza in 9 Works 2015 production of LA CAGE AUX FOLLES garnered rave reviews and won him the “Outstanding Performance in Musical by a Male Lead” trophy in the 2016 Philstage Gawad Buhay. His latest acting recognition was for Best Actor in a Play as Norman in Repertory Philippines’ production of THE DRESSER at the 2019 Aliw Awards. 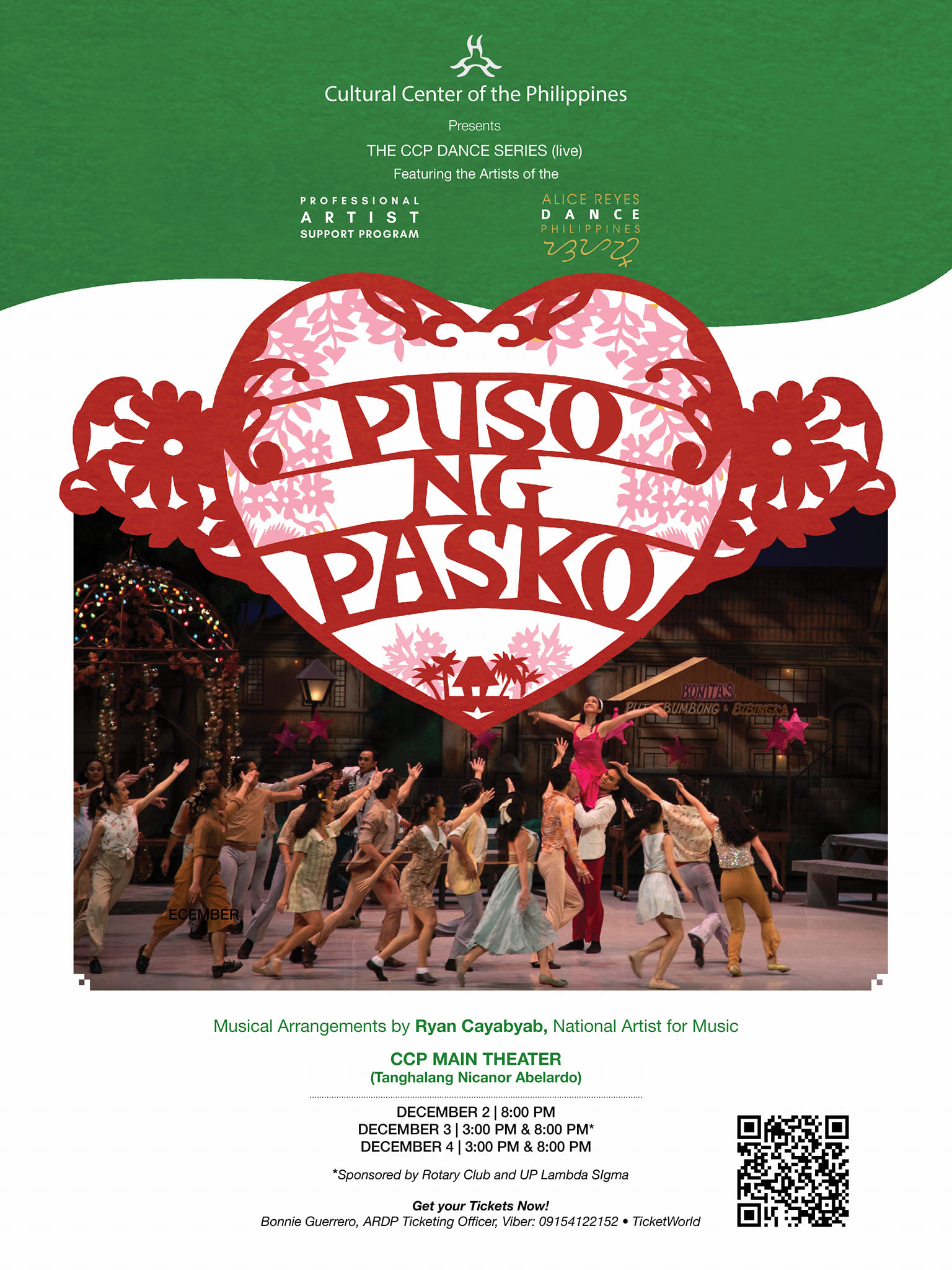 Come early! Starting at 6:00 PM every evening, early theatergoers can come and enjoy their favorite puto bumbong, bibingka, salabat, and many more as they get into the celebratory Christmas spirit at the CCP Main Theater lobby now transformed into a church plaza filled with all of our favorite Christmas treats.

As the Cultural Center of the Philippines prepares to shut its doors for renovation, these performances will be one of the last to be staged in the CCP Main Theater. Amidst the looming closure of the Theater, we celebrate home, love, and family. We close a chapter and look forward to the beginning of a new one.

PUSO NG PASKO featuring artists of CCP’s Professional Artist Support Program and Alice Reyes Dance Philippines runs from December 2 to 4 at the CCP Main Theater. Tickets are available through the contacts below.

*Sponsored by Rotary Club and UP Delta Lambda Sigma